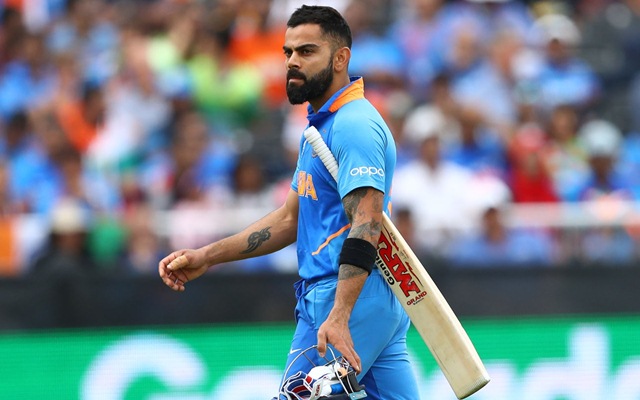 Kohli and Bumrah have been playing non-stop cricket for the past one year and in order to save their two best cricketers for the long home season ahead, the selection committee wants to provide them a decent break.

The Indian team played a Tests series in England in July last year, followed by a West Indies series at home. Then they flew to Australia in December and later played three T20s and five ODIs against New Zealand followed by a home series against Australia and a long season of the Indian Premier League.

In Kohli’s absence, vice-captain Ajinkya Rahane is expected to lead the Indian Test team while Rohit Sharma will lead the T20 and ODI sides. The Indian World Cup team is scheduled to return home on July 14 after losing to New Zealand in the semifinals. The senior national selection committee will meet soon thereafter to pick the squad for the West Indies.

“Kohli and Bumrah are going to miss the T20s and ODIs for sure but the selectors are also thinking to rest them for the two Tests in the West Indies. They are important players for the team and the team management and selection committee wants them to stay fresh for the home season ahead. They have already had a hectic season in the past one year,” sources in the BCCI informed.

However, there is no clarity on whether MS Dhoni will be travelling to the West Indies. The veteran has been under the scanner in recent times, especially with his fading ability to score quickly in the death overs. It is learnt that chief selector MSK Prasad will speak to the team management before picking the squad.