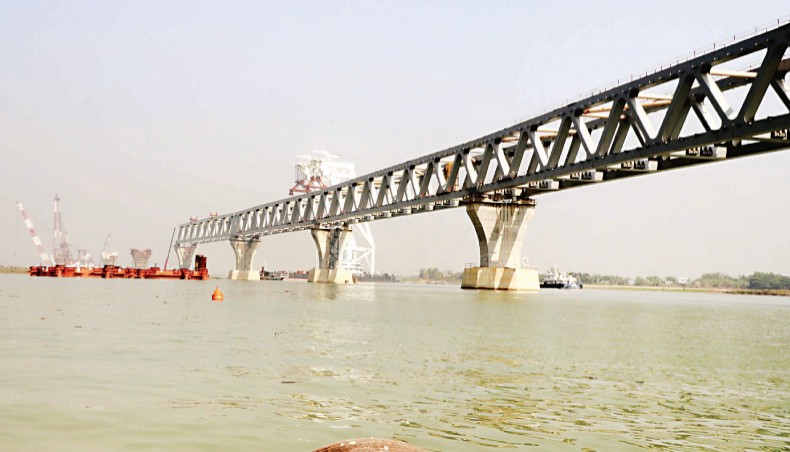 Members of Rapid Action Battalion (RAB) have arrested four more people for their alleged involvement in spreading propaganda and rumour over the construction of Padma Bridge.

The elite force arrested the people from various districts of the county on Friday, RAB informed the media in a text message.

The identity of the detainee couldn’t be known yet.

Earlier, propaganda that a human head would be needed for the construction of the Padma Bridge went viral on social media platform Facebook.

On Wednesday, the bridge authorities urged the people not to be misled by the rumour over the construction of Padma Bridge through an official handout.

According to the handout, construction of the Padma Bridge is progressing fast. A total of 292 piles out 294 have been set up while work of 30 piers of the main bridge among 42 has been done. A total of 14 spans have been installed so far.

About 81 percent work of the main bridge was done till June 30, 2019 while overall progress of the Padma Multipurpose Bridge project has reached to 71 percent.