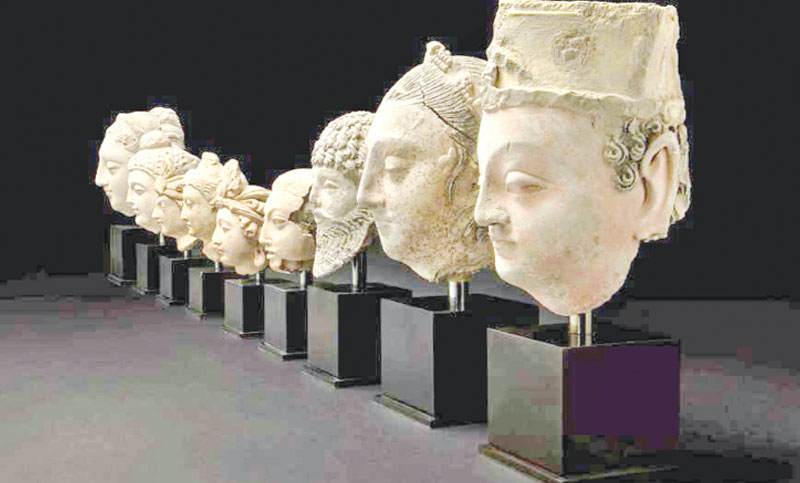 Looted ancient artefacts from Iraq and Afghanistan seized in Britain will be returned to their country of origin after appraisal by the British Museum, the institution said on Monday, reports AFP.

The London-based museum revealed it has been working with law enforcement agencies including the UK Border Force and the capital’s Metropolitan Police to return the works smuggled out during recent periods of conflict. “Sadly, this work is more essential now than ever,” said Hartwig Fischer, its director.

Among the artefacts to be sent back to Afghanistan are Gandharan sculptures illegally exported to Britain in 2002.

Another important haul to be returned to Iraq features 154 Mesopotamian texts written on clay in cuneiform script—one of the earliest systems of writing—seized on entry in 2011.

They were created between the 6th and 4th centuries BC, with many belonging to the administrative archives from a place called Irisagrig, which was unknown until artefacts referring to it first surfaced in 2003.

“The British Museum has worked extensively with... law enforcement agencies to identify and return items looted from Iraq and Afghanistan during recent conflicts and these are just wonderful examples,” Fischer said of the rare tablets.

They will be handed over to the Iraq Museum in Baghdad, part of the State Board of Antiquities and Heritage of Iraq.

The Gandharan works were discovered after two badly made wooden crates sent from the Pakistani city Peshawar caught the attention of British authorities at Heathrow Airport and were opened to reveal the beautiful sculptures.