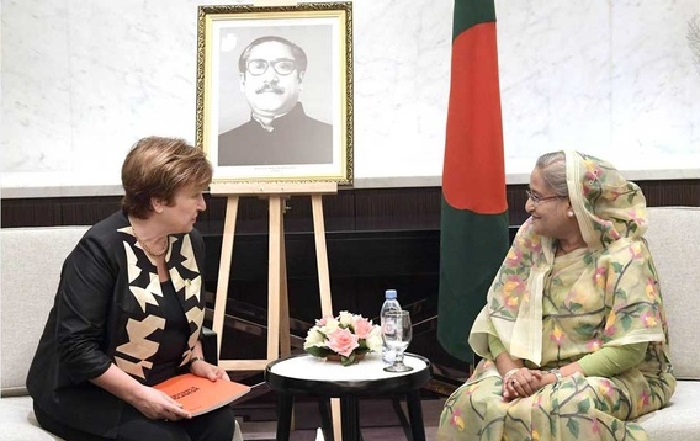 Praising Bangladesh’s success in various sectors since the Liberation War, World Bank Chief Executive Officer (CEO) Cristalina Gorgiova on Wednesday said Bangladesh has set an example that development is the best way to achieve the financial capability of the turning-around.

She came up with the remark while speaking at the inaugural ceremony of the two-day Dhaka Meeting of the Global Commission on Adaptation in a hotel in the capital.

Cristalina Gorgiova said when Bangladesh achieved the independence in the year of 1971, she was a school-girl and used to dream of visiting Bangladesh since then.

“I am astonished at the economic progress of her (Bangladesh) that she has been achieving since the independence,” She added.