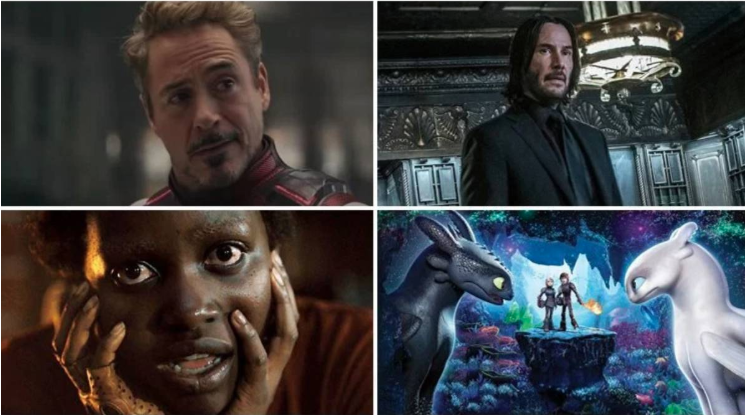 Hollywood is undergoing one of its worst summers in years in terms of box office returns, reports The Indian Express.

Forget indies, even big-budget, studio-backed, popcorn flicks are falling face-first into the abyss of disaster. A few like Avengers: Endgame and Aladdin are an exception to this norm, but on the whole, even positive reviews have not been able to catapult films to success.

Despite all that gloom, one thing that is certain is the quality of theatrical films has not diminished. Half-way through the year, It is time to take a look at the top ten films that have been released so far.

Keep in mind that this is a personal list. There is no order.

While the grand conclusion to the Marvel Cinematic Universe’s Infinity Saga is not the best superhero movie we have ever seen, it does come close. Endgame improved upon its predecessor by focusing on the old guard and a better-paced narrative. The film also delivered some emotional payoffs to the characters that had been part of the MCU from the very beginning. The plot was meaty enough to make even 3 hours feel short.

One of the most underrated films of the year, Brightburn was a truly terrifying superhero (or supervillain?) horror film. It was an inversion of Superman’s lore. Everything else was same, just one thing was reversed. Just like Clarke Kent, Brandon Breyer came from outer space and fell in a Kansas farm. And just like Clarke, he found loving parents. But instead of being a kind, thoughtful individual, he submitted before his darker proclivities and went on a murder spree. That was incredibly scary, just the thought of it: an evil, amoral and invulnerable kid with nobody to stop him.

How to Train Your Dragon: The Hidden World

This DC film was the perfect palate cleanser for comic-book films featuring superheroes who would rather be normal people than think the world and their career would not allow them to be so.

The movie is about an ordinary family led by Lupita Nyong’o and Winston Duke’s characters. Things change when they go to their beach house to relax and spend time with their friends. A group of people arrive. They are basically them, by which I mean the family. They look identical to them (doppelgängers) and yet there is a difference, not so much in terms of looks, but their intent. Despite being a little messier than Jordan Peele’s Oscar-winning debut Get Out, Us is nevertheless a smartly written, downright unsettling film that is sure to become a horror classic.

The Kid Who Would Be King

This movie was about a school kid who has nothing special about him. His fortunes change, however, when he pulls King Arthur’s famous sword Excalibur from the stone it is buried in. According to the Arthur stories, only the true king could pull the sword and wield it. The film was an enjoyable adventure for both kids and adults and Andy Serkis’ son Louis Ashbourne Serkis, who played the lead, has a bright future ahead of him.

Boasting of a clever, funny script, Booksmart was a scintillating directorial debut by Olivia Wilde. The film was not successful at the box office, however. It still remains one of the best comedies we have seen in a while.

Fans were perfectly happy with how the Toy Story franchise ‘concluded’ with the third film. And Toy Story 4 felt like a cash grab when it was announced. However, the fourth installment of Toy Story was a moving, emotional end to a beloved story

John Wick: Chapter 3 – Parabellum is a stunning looking film that features impeccably choreographed action scenes even if all the blood and gore gets too much once in a while.