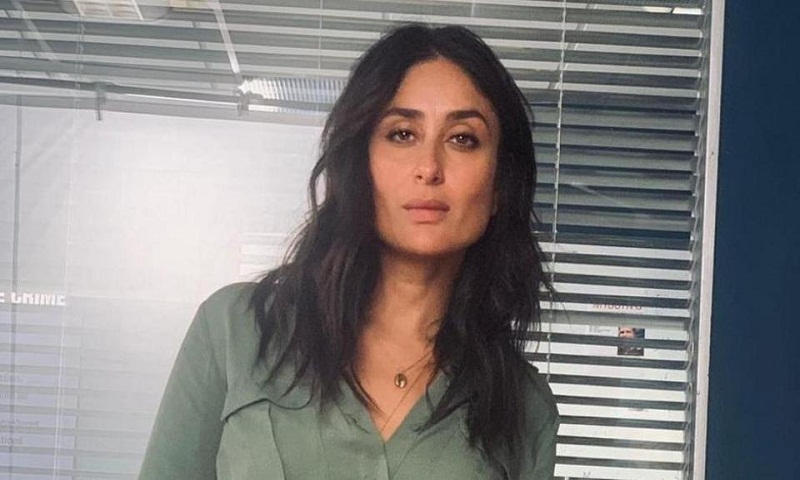 Bollywood actor Kareena Kapoor Khan has begun shooting for her upcoming film Angrezi Medium, and her first look from the film has been shared online. In the picture, Kareena can be seen as a cop who is dressed in casuals, with minimal makeup and a badge clipped onto her waist.

Trade analyst Taran Adarsh shared the look on his Twitter handle. Angrezi Medium marks the comeback of Irrfan Khan on the big screen, post the brief break that he took, as he was seeking treatment for neuroendocrine tumour. The film also stars Radhika Madan, and went on floors in Udaipur on April 5.

Radhika will play Irrfan's daughter who, reportedly, wishes to pursue higher studies in the UK. Irrfan had earlier shared a picture on his Twitter handle from the sets of the film, where he introduced his character Champak, who is a sweet shop owner.

Deepak Dobriyal and Manu Rishi play Irrfan's brother and cousin, respectively, in the film. The trio run sweet shops and are rivals to each other. Angrezi Medium is the sequel to the 2017 hit film Hindi Medium, which starred Irrfan and Saba Qamar in the lead roles. The film is being produced by Dinesh Vijan.

Kareena also clocked 19 years in the film industry on Sunday. She started her career in the year 2000 with Refugee. Refugee marked the debut of the actor along with Abhishek Bachchan, and revolved around an unnamed Indian Muslim, who helps illegal refugees from India and Pakistan cross the border through the Great Rann of Kutch. The film is attributed to have been inspired by the short story Love Across the Salt Desert by Keki N Daruwalla. The film was directed by JP Dutta.

Irrfan was last seen in Karwaan alongside Mithila Palkar and Dulquer Salmaan. On the other hand, Kareena will be seen next in Good News alongside Akshay Kumar, Diljit Dosanjh and Kiara Advani.