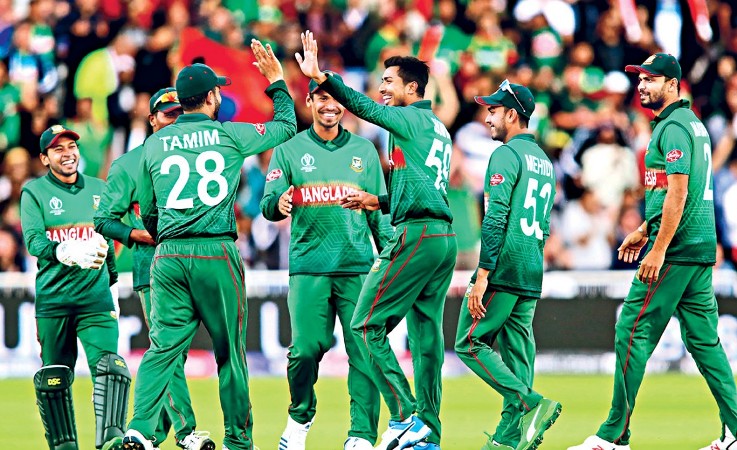 Bangladesh looked hungrier than any other time in their history to seal the World Cup semifinal berth even though they know they have uphill task to overcome.

The Tigers would have to win their remaining two matches against Asian rivals India and Pakistan and wait for the outcome of the other matches to materialize their dream.

But Bangladesh former spinner Abdur Razzak saw a great determination of the Tigers to move into the semifinal, which he thought would motivate them more.

“The team is playing really well at this moment. I still think that it will be very difficult to qualify for the semi-finals, but they’ve created a great chance for themselves,” Razzak wrote in a column for International Cricket Council (ICC).

“The boys want to play in the semi-finals and to do that there is no other option than to win games like this.” “Bangladesh play Asian rivals India and Pakistan next, but I have to say no cricketer thinks about facing their neighbours in any different way to normal; they’re just another opponent.”

While everyone believes that Bangladesh has slim chance against India, Razzak differed, saying India’s favourite tag rather would act as Bangladesh’s advantage.

“India have been a very good in the World Cup so far and came into the competition as one of the favourites,” he said.

“Everyone is talking about them, but that creates an opportunity for our players. I’m sure they’ll be up for the challenge.”

India can be vulnerable, something what Afghanistan showed, giving them a run for money before losing the match by 11 runs.

Razzak said Bangladesh could take lesson from that match.

“Bangladesh can definitely take some lessons from Afghanistan’s performance against India where they ran them close, but everyone has different ways of playing,” he said.

“On that day, Afghanistan’s bowling and fielding was amazing, but if we bat well and focus on our strengths, we can do well too.”

“It depends on the wicket and the situation on the day but you have to play what is in front of you. India’s batting line-up is so strong that Bangladesh will have to be at their very best with the ball if they want to stand a chance of winning. That said, I believe they can do it.”