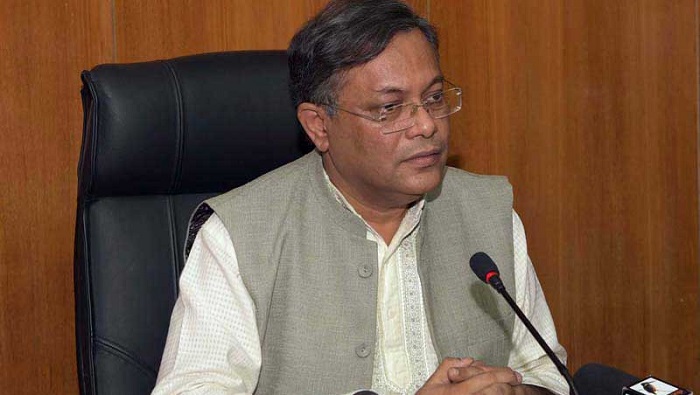 In reply to a reporter’s question, he made the remark while speaking at a meeting of Bangabandhu Sheikh Mujibur Rahman’s birth centenary celebration national implementation committee at International Mother Language Institute in the capital's Segunbagicha area.

Congratulating BNP MP-elect Golam Mohammad Siraj on his win in by-elections to Bogura-6 constituency, Information Minister said, “I expect that they (BNP) will not oppose the use of Electronic Voting Machines (EVMs) in elections in the future after Bogura-6 by-elections.”

Prior to that, on Monday, BNP nominated candidate Golam Mohammad Siraj won the by-elections to Bogura-6 constituency. Electric voting machines (EVMs) were used in the by-polls.