US woman jailed for handing husband's guns to cops 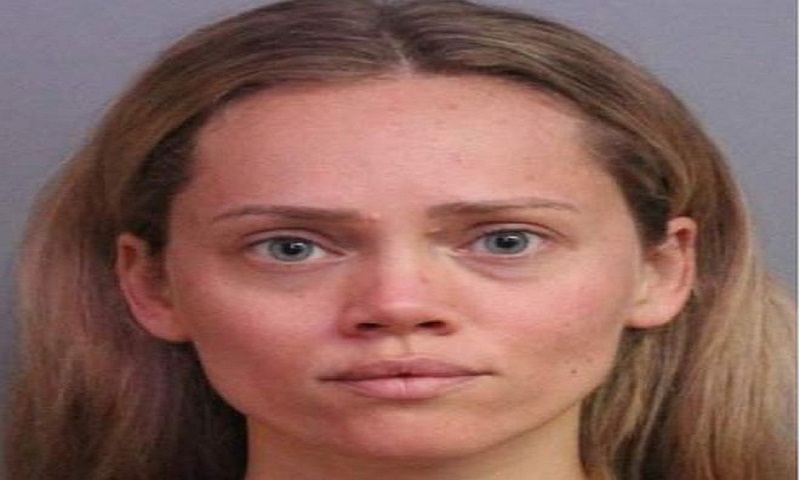 The arrest of a Florida woman who turned in her estranged husband's guns to police after he was held on domestic violence charges has provoked uproar.

A Florida state congresswoman has asked prosecutors to drop the case against Courtney Irby, who was jailed for six days on theft charges.

Prosecutors say they have not yet decided whether to pursue the case.

On Monday, Ms Eskamani shared the letter she sent to State Attorney Brian Haas on Twitter, saying: "Ms Irby was seeking help from the Lakeland Police Department and taking action to protect herself and her children.

"We should be outraged by her arrest and I am requesting that your office not prosecute her."

Assistant state attorney Jacob Orr told the Orlando Sentinel on Monday that the office is "reviewing the allegations and all of the evidence collected by law enforcement".

Mrs Irby and her 35-year-old husband, Joseph Irby, who have two children, are in the middle of divorce proceedings after separating in December.

A lawyer for Mr Irby told Fox 13 that Mrs Irby had no right to enter his client's apartment. He described his client as a hard-working and calm family man.

On 14 June, following a divorce court meeting, Mr Irby was arrested for domestic aggravated battery after he allegedly ran his wife's vehicle off the road and hit her car with his own, the Lakeland Ledger reported.

Mrs Irby told officers she feared for her life during the incident and had requested restraining orders on Mr Irby in the past. She was subsequently granted another temporary restraining order.

The next day, Mrs Irby went to her husband's apartment, gathered up the firearms and brought them to the Lakeland Police Department.

When asked by an officer if she entered the apartment without her husband's permission, she said she had. The officer asked her to confirm that she had "committed an armed burglary".

"Yes, but he wasn't going to turn them in so I am doing it," she replied, according to the officer.

When police told Mr Irby his wife had turned in his guns, he asked to press charges.

Her lawyer has said her actions were not theft as she turned the guns in to law enforcement and did not take them for herself.

As Ms Eskamani pointed out in her letter that federal law may ban those with domestic violence convictions or restraining orders from possessing guns.

But at the state level there are loopholes that can prevent local law enforcement from enforcing those weapons restrictions.

Florida is one of 35 states that do not prohibit those convicted of minor domestic violence crimes or anyone subject to restraining orders from buying or using guns, Ms Eskamani said.

Both Mr and Mrs Irby are due in court again in July.

A fundraiser for her legal and living expenses already surpassed $6,400 on Monday afternoon.