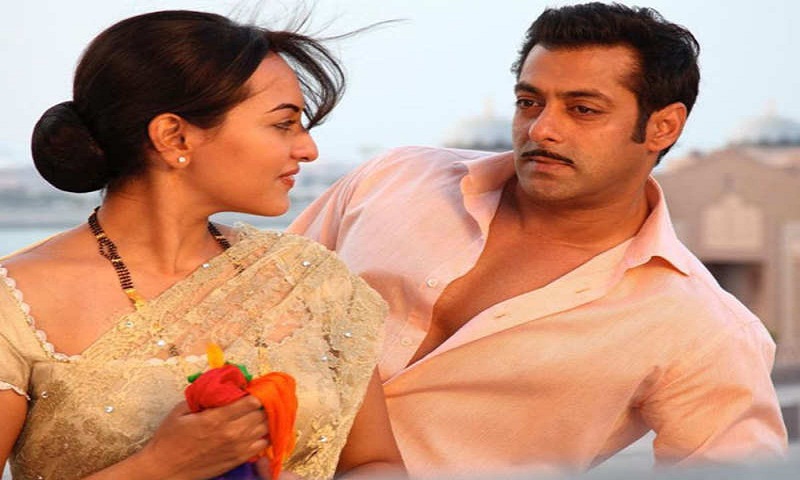 Bollywood actor Salman Khan, who has been sharing funny workout videos of late, is working towards a leaner frame as he will play a 20-year-old in Dabangg 3, fresh reports suggest. Salman recently portrayed various stages of a man’s life — ranging from 20-year-old to 70-year-old — in Ali Abbas Zafar’s hit film Bharat. He is likely to portray both a young and an older Chulbul Pandey in the upcoming third film in the hit franchise.

A Mumbai Mirror report quoted a source as saying, “In the flashback portions, Chulbul is a man in his 20s, and Salman has been hitting the gym to get the required look.” The tabloid also claimed that Salman will romance another female actor, apart from Sonakshi Sinha, who plays Salman’s wife Rajjo, in the film.

“While it’s Rajjo in the current era, the flashback features another actress,” the source added. Dabangg 3’s shoot is set to be completed by October. Salman will then start working on Sanjay Leela Bhansali’s Inshallah opposite Alia Bhatt.

Directed by Prabhudeva, Dabangg 3 is being touted as a prequel to the story of Salman’s character Chulbul Pandey — how he transformed from a local goon to a Robinhood cop. He has been sharing videos from his gym, flaunting his chiselled body on social media, much to the happiness of fans.

Produced by Arbaaz Khan, Dabangg 3 will see Kannada star Sudeep as the antagonist. The second sequel was directed by Arbaaz and had Prakash Raj essay the role of the villain while Sonu Sood played the villain in the original that was helmed by Anubhav Kashyap.