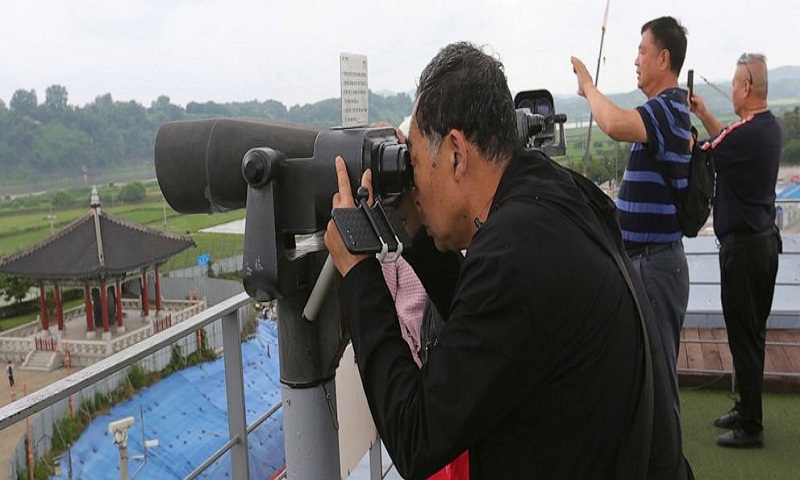 The leaders of China and North Korea were talking in the North Korean capital Thursday, with stalled nuclear negotiations with Washington expected to be on the agenda.

Earlier, Xi, his wife Peng Liyuan and senior Chinese officials were greeted with a 21-gun salute at a huge arrival ceremony at the airport in Pyongyang.

About 10,000 people stood in tight formation, waving flowers and chanting slogans to welcome Xi, according to Xinhua. Kim and his wife, Ri Sol Ju, met the visiting delegation at the airport.

Xi, who is on a two-day state visit to North Korea, is the first Chinese leader to visit North Korea in 14 years.

The summit comes as both Xi and Kim are locked in separate disputes with the United States — Xi over trade and Kim over his nuclear weapons.