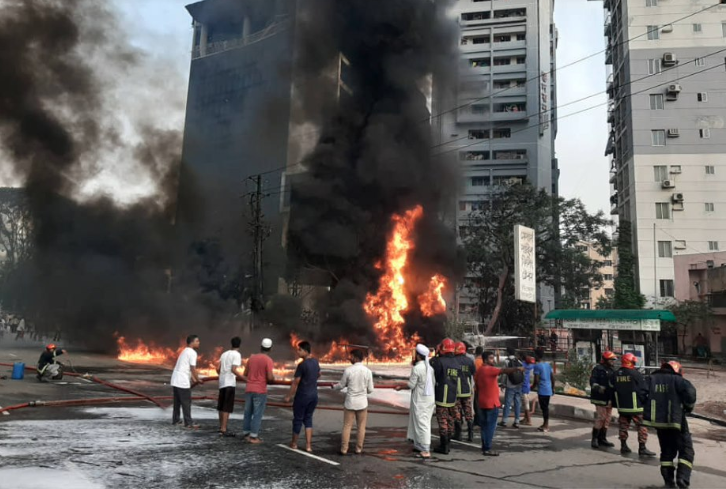 A fire that broke out at a petrol pump in Kalyanpur on Tuesday afternoon was brought under control.

Ten firefighting units rushed to the site and brought the fire under control at 5:54pm.

Later, the fire was totally doused at 6:52pm.

According to the Fire Service and Civil Defence control room, the fire stemmed from an oil lorry parked at Sahil Filling Station.

Traffic on the Gabtoli-bound lane on Mirpur Road halted temporally due to the fire.

Kawsar Ali, Officer-in-Charge (OC) of Adabor Police Station, said, “The oil lorry inside the filling station has been burnt, but the damage is not huge.”