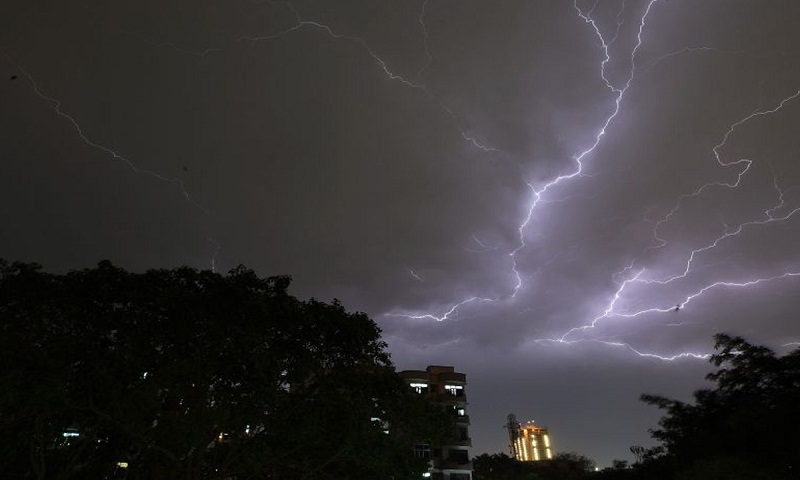 At least 13 people have lost their lives in Uttar Pradesh in a thunderstorm on Wednesday, the office of the state relief commissioner said.

One person was injured, while 22 animals have also died. As many as 93 houses have been damaged across the state, the official said.

The official added that one death each was reported from Ayodhya (snake bite), Lakhimpur Khiri, Kushinagar and Sonbhadra.

Meanwhile, the meteorological department said rain or thunderstorm was very likely at few places over eastern Uttar Pradesh on Sunday.

On June 7, severe dust storm and lightning in the state claimed 26 lives and left over 50 injured as houses and walls collapsed and trees were uprooted.