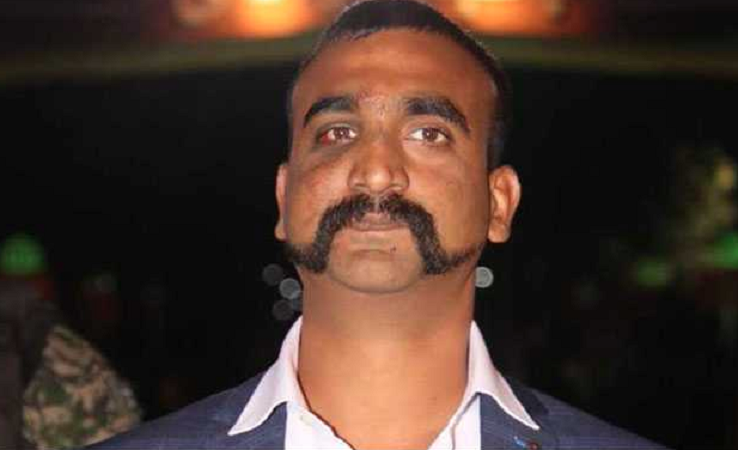 A cricket Wold Cup advertisement by a Pakistani channel featuring a spoof using IAF Wing Commander Abhinandan Varthaman lookalike as a prop has not gone down well with the Twitterati back home, many of whom have termed the "mocking" act "cheap" and "shameful".

The advertisement latches on to the conversation the IAF pilot had with the Pakistani side in captivity after his MiG-21 Bison was downed during an aerial dogfight on February 27 after the Balakot airstrike.

The video released by Pakistan had gone viral in which Varthaman could be seen replying -- ''I''m sorry, I am not supposed to tell you this'' to the questions asked to him during captivity.

The match between India and Pakistan is slated to take place on June 16 as part of the ICC World Cup 2019 being hosted by England.

In the advertisement, Varthaman lookalike character, sporting his trademark gunsliger moustache style, can be seen repeating ''I''m sorry, I am not supposed to tell you this'' in response to questions asked about the match.

The character, wearing a blue jersey, is also holding a white tea cup.