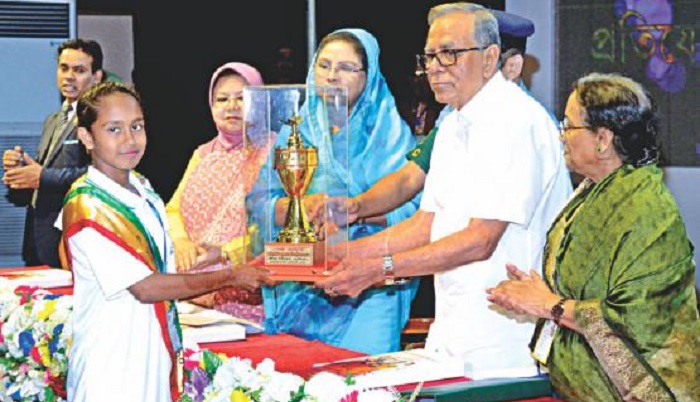 President M Abdul Hamid will attend the prize giving ceremony of “Jatiya Shishu Puroshkar Protijogita-2019” at the auditorium of Bangladesh Shishu Academy (BSA) in the capital on Wednesday (today).

“The head of the state will attend the Shishu Academy’s award giving ceremony as the chief guest at 3.30 pm,” President Press Secretary Joynal Abedin told on Tuesday evening.

Secretary of the Women and Children Affairs Ministry Kamrun Nahar will preside over it, said a press release. Children from all districts took part in the National Children’s Award Competition-2019 in different categories.

More than one thousand children participated in the contest.

The aim of this event is to flourish the inner potentials of children and adolescents. The academy will also screen a video documentary titled “Amar Kotha shona”.