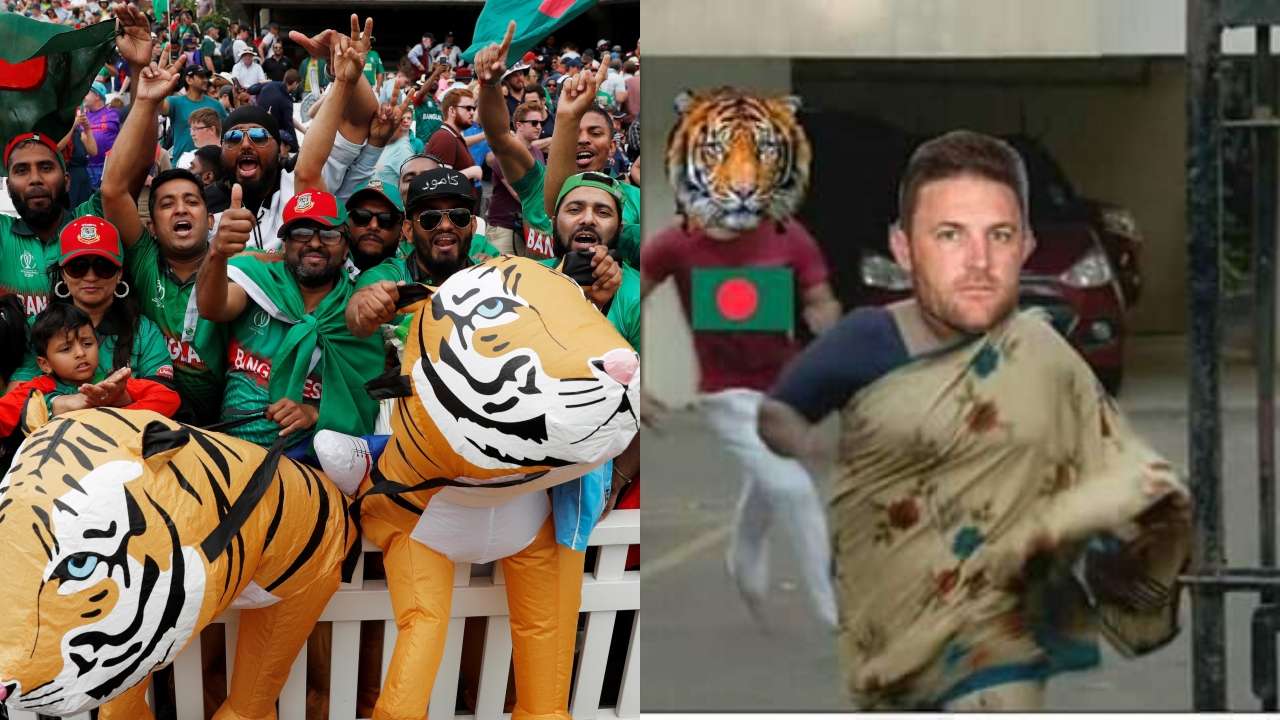 Former Kiwi wicketkeeper-batsman Brendon McCullum is facing the wrath of charged up Bangladeshi fans after Mashrafe Mortaza-led side beat South Africa in their opening campaign by 21 runs at The Oval, London on Sunday.

McCullum, in a diary entry, had penned his prediction for the group stage matches of the ICC World Cup 2019 and deemed India and England as the favourites.

According to his prediction, the only group stage match that India will lose will be against England while England will only lose to Australia in the group stage.

But his prediction of Bangladesh's fate in the tournament went terribly wrong when the side exhibited all-round display and outperformed the Proteas, restricting them to 309-8, after putting up their highest ODI score of 330/6 on the scoreboard. Shakib Al Hasan (75) and Mushfiqur Rahim (78) were key to their victory as the pair stitched a 142-run partnership after South Africa captain Faf du Plessis won the toss and chose to field.

According to his calculations, this was how Bangladesh's group stage outing would have looked:

But after Bangladesh's thumping win on Sunday, the New Zealand star acknowledged his failed prediction and thanked fans for their feedback after getting it wrong.

Impressive performance from @BCBtigers to defeat @OfficialCSA. I expected SA to win but Bangladesh played well. In regards to my predictions, thanks for the feedback on getting this one wrong. Won’t be the last but average at the end will look alright I think. Can’t win em all.

But the damage had already been done and fans from Bangladesh, high on a stunning victory over South Africa, reminded McCullum that their spirited side shouldn't be sidelined so early in the contest.