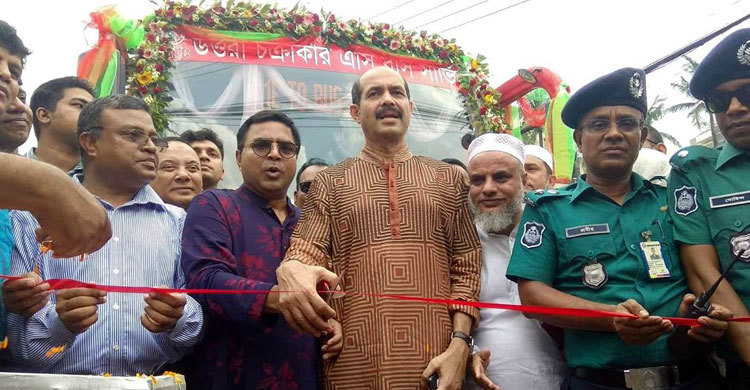 A circular bus service which will run between Airport and Uttara route in the capital has been launched in a bid to bring discipline on the road.

The bus service will run on Airport-Diabari-Uttara route.

The lowest fare is Tk 20, from the first stop to the second, while the highest fare is set at Tk 30.

DNCC mayor Atiqul Islam presided over the inaugural ceremony where DSCC mayor Sayeed Khokon was present as the chief guest.

Speaking at the programme, Sayeed  Khokon said traffic jam is the main problem in the city and effort is going on to solve the problem.

He urges city dwellers to become aware about the traffic rules to bring discipline on the road.