India seek to bounce back against Bangladesh tomorrow 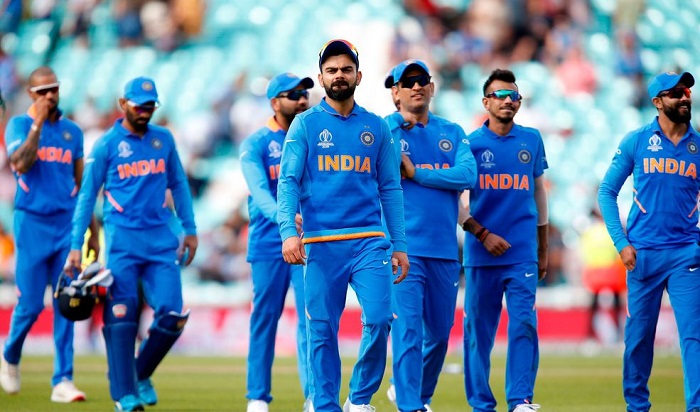 After being blown away by Trent Boult’s swing, can India’s fabled batting line-up get back to their dominant run-scoring ways against Bangladesh on Tuesday, 28 May?

Two of the tournament favourites have conceded their respective first warm-up matches. Like England did to Australia, India lost to New Zealand, albeit a lot more comprehensively.

Ravindra Jadeja played down the defeat, saying it was “nothing to worry”. Nevertheless, India will be keen to back those words by returning to winning ways.

As was feared, India’s reliance on their top-order hurt them against New Zealand. Their top three collectively managed 22 runs, and it had a ripple effect on the rest of the line-up, as they crumbled to 179 all out. That they got there was only down to Ravindra Jadeja’s timely 54 from No.8.

Their bowlers, though they didn’t have much to play with, underwhelmed too. While Trent Boult was relentless as he cut through the Indian line-up with his swing, India’s bowlers couldn’t capitalise on two early wickets, as New Zealand aced the chase with 77 balls to spare. These frailties leave plenty for the team to address on Tuesday.

As for their opponents, they lost their first chance at tuning up for the event when their match against Pakistan was abandoned without a ball bowled. But Bangladesh are still fresh off their win in the Ireland tri-nation series, which took place in somewhat similar conditions. They have both recent experience and form on their side, which would make them a tough opponent for Virat Kohli’s men to overcome.

Bumrah impressed in the four overs he bowled against New Zealand, which included two maidens, giving away just two runs and snaring a wicket. That is the sort of performance that has become customary of Bumrah. He is the world’s top-ranked bowler, and can be stifling with both his ability to contain runs and pick up wickets.

Bangladesh’s talismanic all-rounder can do it all on the field. He is a strike bowler, gets in handy overs through the middle overs with his accuracy, makes vital runs across a number of positions and can help construct the innings. Shakib took two wickets in three matches during the Ireland tri-nation series, and struck two unbeaten half-centuries, giving a glimpse of how crucial he is to Bangladesh’s chances at the World Cup.

Overcast conditions are expected throughout. Chances of rain peak at 11am local time, which is half an hour after the start, so we could potentially be in for another delayed start. That should also mean fast bowlers find something from the overhead conditions, but the last ODI that was played here had 646 runs scored in 97 overs.