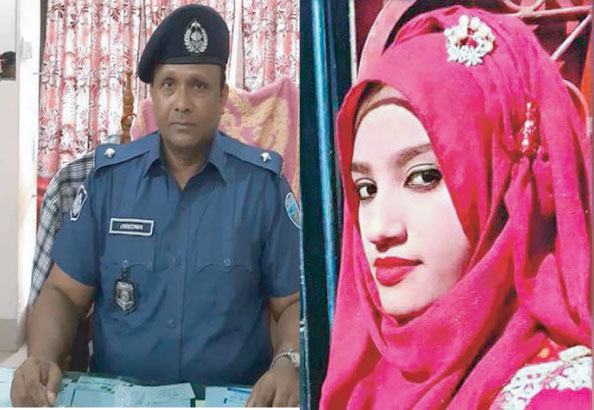 Further hearing on this case will be held on June 17.

Supreme Court lawyer Syeddul Haque Sumon filed the case against Moazzem under the Digital Security Act on May 15.

The former OC was accused of illegally interrogating madrasa student Nusrat and recording the episode on his phone. The video was later circulated by Moazzem on social media.

Moazzem was withdrawn on April 10 and suspended a month later on charges of negligence of duty.