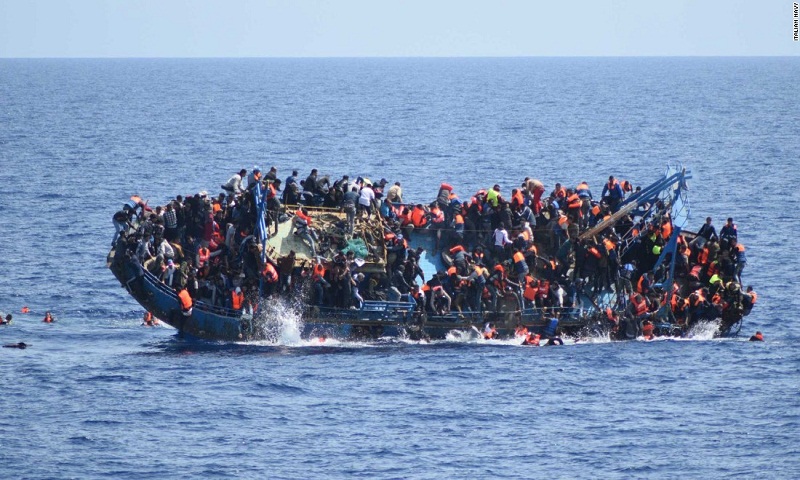 Italian authorities say they have taken 54 migrants from Pakistan to a migrant center after finding them aboard a sailboat off the coast of Calabria in southern Italy.

The Italian ANSA news agency says two Russian nationals aboard the U.S.-flagged boat were arrested and accused of seeking to smuggle the migrants into Italy on Friday night. The agency says the migrants are all men. Officials believe the boat left from Bodrum, Turkey.

Italy's financial police discovered the boat and towed it to Crotone, a port town on the Ionian Sea in Calabria. Officials say the men were in decent health.

Migrant flows to Italy continue despite the Italian government's strong efforts to discourage immigration. On Friday, another boat carrying 58 migrants reached the southern Italian island of Lampedusa off the coast of Africa.