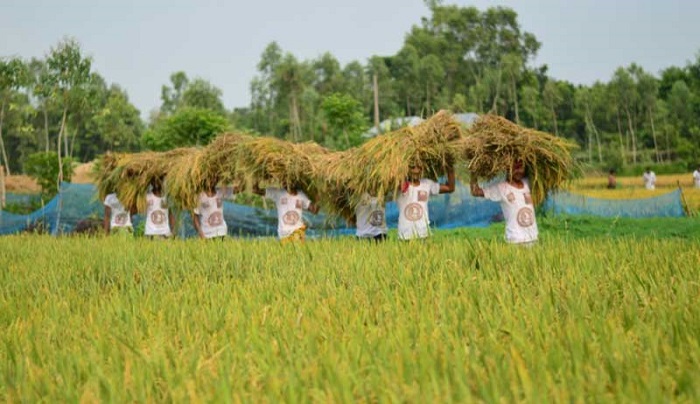 At least 13 activists of BCL Manikganj district unit, led by its former organising secretary Md Selim Mia, participated in the harvesting paddy from field of Amzad Mia, a poor farmer of Shibalaya area.

Under this circumstance, the BCL central leaders instructed its activists all over the country to help farmers in paddy harvesting a week ago.