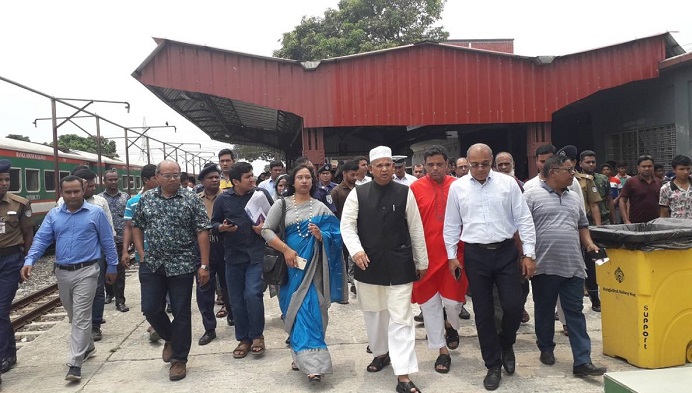 A new train on Dhaka-Panchagarh route will begin its maiden journey on Saturday after Prime Minister Sheikh Hasina inaugurates it through a videoconference.

‘Panchagarh Express’ will set out from Bir Muktijoddha Sirajul Islam Railway Station in Sadar Upazila of Panchagarh where Railway Minister Nurul Islam Sujon will be present.

On its way, the train will stop at Ruhiya, Thakurgaon, Dinajpur, Parbotipur and Dhaka’s Airport Railway Station.

The fare will be same as Ekota express and Drutojan express.

Thirty percent seats of the train will be allocated for Panchagarh, 30 percent for Dinajpur, 25 percent for Thakurgaon and 15 percent for Parbotipur.