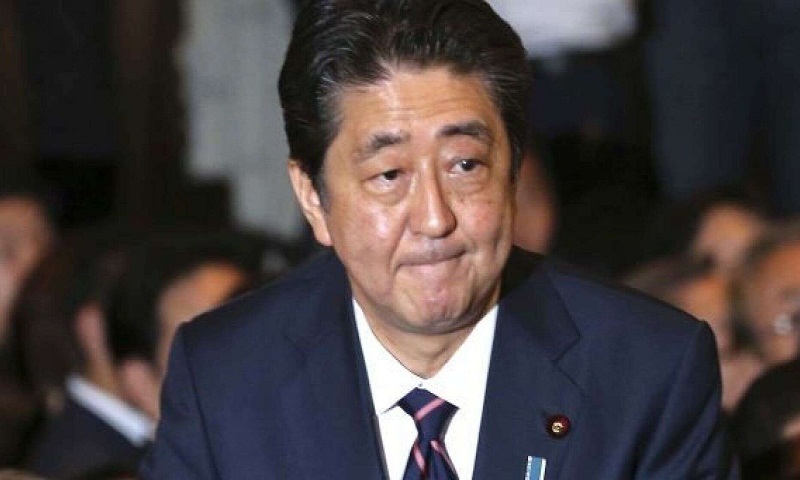 He says this has long been the practice with other Asian names, as in the cases of China's President Xi Jinping and North Korea's Kim Jong-il.

"I plan to ask international media organisations to do this. Domestic media that have English services should consider it, too," he says.

Japanese names got out of step with their neighbours in the 19th century amid the growing influence of Western culture, according to the Japan News site.

The question of changing the order of names has been around for decades.

Back in December 2000, the Japanese Language Council official advisory body called on domestic media, publishers and universities to "be aware of the diversity of languages ​​and cultures and make use of it - the order of surnames and first names is desirable even in the Roman alphabet," Sankei Shimbun reports.

Mr Kono quoted the 2000 report in March when he said his ministry was considering making the switch in official documents.

He now says the accession of the new Emperor Naruhito, plus upcoming international events in Japan such as June's Group of 20 summit and the 2020 Tokyo Olympics, make this an auspicious time to switch the name order.

Mr Kono has support elsewhere in the government, as Education minister Masahiko Shibayama has also called on official agencies to go surname first, the Mainichi Shimbun daily reports, but not everyone is as sure.

Government spokesman Yoshihide Suga told reporters that "There are many factors we have to consider, including convention," according to Tokyo Shimbun.

Mr Kono has a history of making a public stand on sensitive issues.

He has proposed allowing more immigration to deal with the problem of Japan's ageing population, as well as a new memorial to the war dead to detoxify the controversy over the Yasukuni Shrine, which honours several war criminals.

And most recently, he posted an enigmatic tweet about bacon that left an entire nation wondering whether he was communicating in code.