Rahul Gandhi in tough battle with Smriti Irani in Amethi 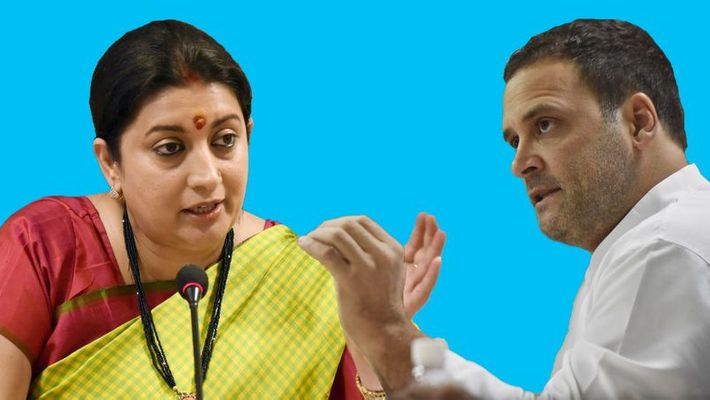 Congress president Rahul Gandhi is fighting a tough battle in Amethi, his constituency in Uttar Pradesh since 2004. As early leads came in, Rahul Gandhi was behind the BJP's Smriti Irani but he caught up later.

Rahul Gandhi is also contesting from Wayanad in Kerala, where he has been leading since morning.

Amethi, a dusty, largely rural constituency around 130 km from UP capital Lucknow, features one of the most watched battles in this national election.

Smriti Irani campaigned aggressively in Amethi, where she had contested and lost to Rahul Gandhi in 2014 but had managed to reduce his winning margin to one lakh. She kept visiting the constituency regularly and launched central schemes there.

Rahul Gandhi, his party's chief campaigner across India, was accused by the BJP of neglecting his constituency.

At the height of the election campaign, the Congress president visited Amethi only once, when he held a roadshow before filing his nomination papers. His sister Priyanka Gandhi Vadra campaigned in Amethi and her mother Sonia Gandhi's Raebareli and visited the constituencies several times.

Rahul Gandhi's struggle was telling in his traditional seat, a Congress stronghold that has remained with the Gandhi family for decades.

The Congress has not lost the seat in the last three decades, except in 1998.