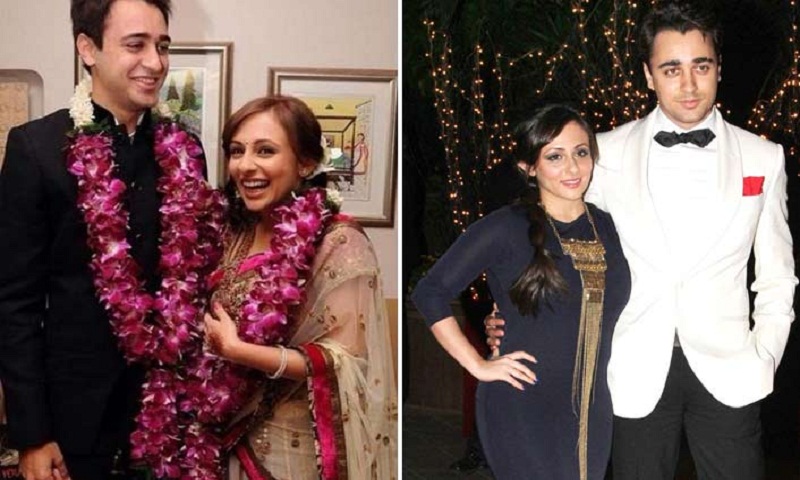 Actor Imran Khan, best known for Jaane Tu Ya Jaane Na and Delhi Belly, and wife Avantika have allegedly taken some time off their marriage due to “irreconcilable differences”, as per a DNA report. The couple has a daughter together, Imara.

A DNA report quoted a source as saying, “Avantika allegedly left 24, Pali Hill, Imran’s residence, a while ago with Imara. It is being said that she is currently staying with her family.” Calls and text message to the actor went unanswered.

They couple married in a court and Imran later said, “I am from a Muslim family and Avantika belongs to a Hindu family. I personally didn’t commit our wedding to one religion or another. We felt the best way for us was to keep it neutral and have a court marriage.”

They welcomed a baby girl in 2014. Talking about changes in Imran post the baby’s arrival, Avantika had earlier told Hindustan Times, “Imran has always been terribly wise for somebody his age. He never worried about the small things. But once you have a child, you don’t have the bandwidth to worry anymore. For us, as a couple, it (having a baby) put things into perspective magically. It also happened to coincide with the time when some of his films hadn’t done well, and he had taken a sabbatical to clear his mind. Imara is a gift for us. The timing of her arrival was so perfect. So, we sat, talked about things, and realised that he should do the work he wants to do, and that it (acting) is a job at the end of the day. The thing with film people is that you get so consumed by all of it. It’s your job, and you should be passionate about it, but many of them are consumed by every aspect of it. “