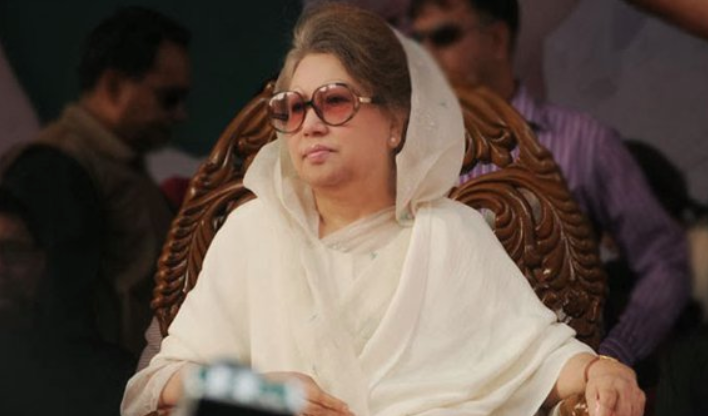 BNP on Monday alleged that it chairperson’s Khaleda Zia’s health condition has reached a dangerous stage as she been ‘subjected to the government’s politics of vengeance’.

“Khaleda Zia only took rice porridge for the last four days due to blisters inside her mouth.  She is now bedridden as her condition reached a dangerous stage at this month of Ramadan,” he said.

Mentioning that the Prime Minister in London announced to keep Khaleda in jail for her whole life, Rizvi said Sheikh Hasina is working to implement it. “You (PM) are trying to kill the most popular leader Khaleda Zia. You’ve exposed yourself in London with your comment about keeping our leader (Khaleda) in jail.”

He said, “People came to know that the Prime Minister is now at the final stage to implement her blueprint to eliminate Khaleda in jail through repression in a brutal way.”

The BNP leader also criticised Prime Minister Sheikh Hasina for what he said showing a cruel attitude to the BNP chief with her some recent comments about her illness. “How come she can make a joke over the illness of a 74-year-old seriously ill leader?

Rizvi urged the Prime Minister to take steps to free Khaleda Zia from jail shunning the ‘vindictive attitude’ towards the BNP chief.

He also alleged that the government has spread panic among people by resorting to enforced disappearance, extrajudicial killing and repressive acts.

The BNP leader accused the ruling party men of indulging in ‘massive corruption’ as the government has no accountability to people in ‘absence of democracy’.