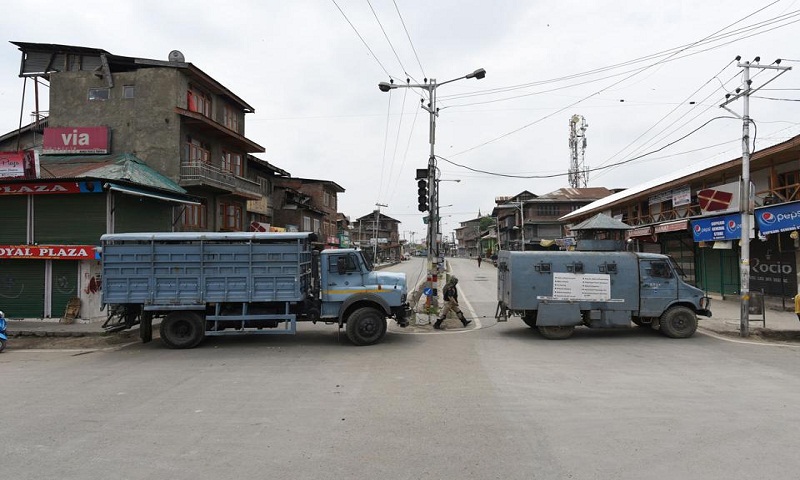 The situation in Jammu and Kashmir continued to be tense on Friday as curfew in the violence-hit Bhaderwah town in Doda districtremained in force for the second consecutive day and a shutdown was observed in the Valley, reports HT.

The curfew was imposed in Bhaderwah town after a man was shot by some unidentified gunmen on Thursday morning.

Doda district SSP, Shabir Malik said, “Situation is under control but the curfew is still on in Bhaderwah town. There was no law and order problem today”.

In Kashmir, separatists had called for a shutdown in protest against the “gruesome killings of innocent civilians Arshad Ahmad Dar (Pattan), Raies Ahmad Dar (Pulwama) and Nayeem Ahmad Shah (Baderwah)” during anti-terror operations.

Shops, businesses and educational institutions were closed while public transport was mostly off the roads. The separatists had also called for protest marches after Friday prayers across the state. Authorities had imposed restrictions in parts of old city to prevent the protests. There was heavy deployment of police and Central Reserve Police Forcein sensitive areas.