She Came, Struggled and Conquered 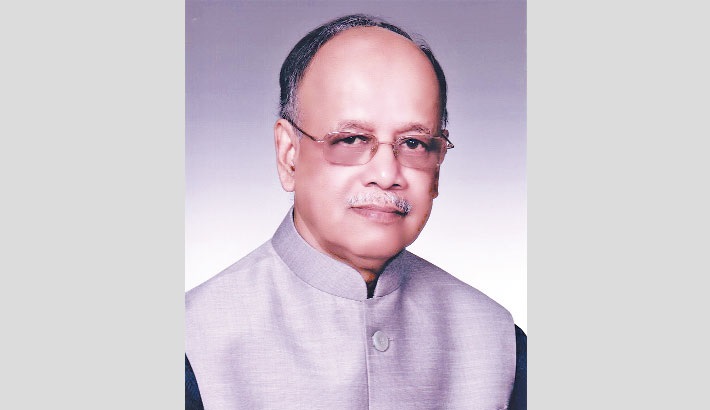 This 17 May was the 38th homecoming day of one of the two surviving daughters of the Father of the Nation, Bangabandhu Sheikh Mujibur Rahman, and the current Prime Minister of Bangladesh Sheikh Hasina. After the killing of her father and the entire family by the dark forces of Bangladesh on 15 August 1975 at their Dhanmondi residence, she and her younger sister were denied entry into Bangladesh by the first military ruler of Bangladesh, Ziaur Rahman, the founder of BNP and one of the beneficiaries of the killing of Bangabandhu. Zia later unconstitutionally became the President of the country along with being the Army Chief and the Chief Martial Law Administrator. Though he did not take active part in the killings on the dark night, he was aware of the conspiracy and the plot to kill Bangabandhu. Lucky for the two daughters they were in Germany at the time of the mayhem, living with the Sheikh Hasina’s husband, the renowned nuclear scientist Dr. Wazed Miah. They left the country in July of 1975. The conspiracy against Bangabandhu was going on since the early part of 1975. In total 23 family members of Sheikh Hasina was brutally murdered on the fateful night, a personal tragedy for Sheikh Hasina, a shock from which she never recovered. She may live a normal life now but the tragedy of 15 August still haunts her and her younger sister Sheikh Rehana. Indira Gandhi, the then Prime Minister of India played the role of the mother of the two daughters of Bangabandhu and gave them asylum in Delhi along with the family.

Zia, the main beneficiary of the killings, ruled Bangladesh through Martial Law decrees and sham elections till he himself was assassinated on 30 May 1981 in an aborted military coup in Chittagong. During Zia’s time he set Bangladesh to a backward journey to transform hard earned Bangladesh into a mini Pakistan and erased one of the four spirits of our Liberation War, ‘Secularism’ from the Constitution. He used the garb of Islam to legitimise his takeover of the state power and put up billboard all over the Dhaka City with quotations from the Holy Koran. It was the same Zia who had all those billboards removed overnight when the then Indian Prime Minister Morarji Desi came to Dhaka on a three day official visit to Bangladesh on April 16, 1979. Through a military farman he prohibited the glorification of any person (meaning Bangabandhu) in public or praising any one’s righteous or good deeds. Hundreds of Bangabandhu’s followers were imprisoned because they chanted Joy Bangla slogan in some places or the other.

With the assassination of Bangabandhu and all the senior leaders of Awami League in 1975, the country’s largest party was in a leadership crisis. However the strength of the party was the support of the general people and its large number of grassroots   level workers and leaders. Needless to say that in such a critical time the internal tension in any party is not unusual and Bangladesh Awami League was no exception. At this critical moment the leadership of the party was taken over by Syeda Zahura Tajuddin, the widow of the slain first Prime Minister of Bangladesh, Tajuddin Ahmed. To help her came Abdul Malek Ukil, one time Speaker of the Parliament under Sheikh Mujib, Zillur Rahman (late President of the country), Dr. Kamal Hossain, the person who basked under the glory of Bangabandhu, Dewan Farid Gazi, Abdur Razzak and young Tofail Ahmed. Awami League held a three day council on 13-15 February 1981 and unanimously elected exiled Sheikh Hasina as the party President.

Everyone agreed that during this hour of need the party needed an heir having blood relationship of the Father of the Nation to lead the party. Mujib had courage and farsightedness and stood for the rights of his people he led, Bangalis. For them he faced death sentence twice during the 23 year rule of Pakistan. No choice would have been better than Sheikh Hasina. She not only saw her father do politics from her childhood but also the sacrifices he and his family made for the greater cause of the nation. She herself was in active politics during her student days, was courageous, committed to the cause of the people like her father and had determination to succeed. She has seen her mother how to survive under extreme conditions and raise a family of five children. Begum Fazilatunnesa Mujib, her mother, hardly made any public appearance except in official functions. Some senior leaders went to Delhi and conveyed the message to Sheikh Hasina about her being elected as the party President.

Sheikh Hasina arrived in Dhaka, the capital of the county her father dreamt and struggled to see it as an independent country his entire life. It was an hour of emotion and hope. As the plane from Delhi touched down Dhaka, a mild gutsy rainy wind swept Dhaka. As If the nature was asking Sheikh Hasina ‘what took you so long to come back to us’? Sheikh Hasina could not enter the house in Dhanmondi where the brutal killings took place.   Zia sealed the family house. She had to arrange a milad and doa mehfil on the road in front of the house to pray for departed near and dear ones. The house was only handed over to her on 12 June.

During his professional life in the Pakistan army Zia spent a substantial amount of his career in the Pakistan’s dreadful military intelligence ISI. During his rule Bangladesh became a back yard of Indian insurgents and secessionists with the active assistance of ISI and Zia’s government with purpose of destabilising the North East Indian Region. Zia also amended the 1972 Constitution and allowed all fundamentalist political parties who opposed the creation of Bangladesh like Jamaat, Muslim League, Nezam-e-Islam to reactivate their parties, thus putting a nail in the coffin of secularism envisioned by those fought for the liberation of this country. He also allowed many of the killers of Bangabandhu and his family to return to Bangladesh and continue their everyday life and be active in politics. Later the killers floated the Bangladesh Freedom Party and the ring leaders Farukh Rahman contested the Presidential election against Ershad in 1986. The Freedom Party’s main agenda was to annihilate Sheikh Hasina in the first opportunity. Couple of times gunshots were fired at her residence.

After she overcame the initial grief, she got into action in organising the party. Like her father, she knew that without a strong and organised party not much could be achieved.  After the killing of Zia another military ruler, General Ershad, usurped the state power from Justice Sattar, one time Vice-President of Zia. Sattar was elected a regular President on 15 November, 1981.

After the Ershad’s takeover on 24 March 1982 it was another bout of Martial Law, Ershad was toeing the line of his boss Zia. It was again a long struggle for return to democracy. It was again the responsibility of Awami League to unseat Ershad. Awami League is the only party, even till today which has the experience and courage to launch a mass movement in this country.

On her return Hasina promised now she has nothing to lose and she will not hesitate to lead the people of the country to realise the dreams of her father, to build a country where people will not go hungry, will be free from poverty, illiteracy and practice of secularism and democracy will be restored. It was not an easy task but like her late father she had the determination. Under her leadership the party regrouped and a unified Awami League has always been undefeatable for the causes it fought for.

The period after Zia’s death was also difficult time for the country and Awami League. Ershad knew that facing Awami League on the political front will not be easy though he floated his own political party as did Zia, the Jatiya Party. Ershad also tried to assassinate Sheikh Hasina. The selective police firing on an open truck carrying Sheikh Hasina before a public rally in Chittagong on 24 January 1988 was the most heinous one. 24 of her party workers were killed on that day leaving more than a hundred injured. On one occasion Sheikh Hasina was put under house arrest. Most part of the eighties was spent with other political parties and student organisations to topple Ershad from his dictatorial position. Finally the rule of Ershad came to an end on 6 December 1990. This was a watershed in the politics of Bangladesh.

Though Awami League was the most organised party on the eve of the first general election of 1991 after 1973, Awami League lost to the BNP-Jamaat alliance and their wrong election strategy combined with complacency. But the party took the defeat in good grace after some initial hiccups. In 1996 the party managed to clinch a victory and Sheikh Hasina for the first time after 21 years of her father’s assassination managed to clinch a victory to form a government with the help of few small allies. Sheikh Hasina has been in power on four different occasions, three in a successive row, an unprecedented feat in many countries.

During her four tenures she has emerged as a transformational leader. She has managed to pull out Bangladesh from poverty, make the country food surplus and self reliant for financing  annual budget, 90 per cent of  the money coming from its own sources, pull out Bangladesh from a Least Developed Country status and put it on the climbing steps of becoming a middle income country by 2021. All international agencies, including World Bank, IMF, WEF, EIU identified Bangladesh as one of the first five fastest growing economies in the world. It is currently heading towards being a member of G-20 countries.

The poverty level has fallen below 22 per cent, extreme poverty dropping below 11.3 per cent,   a feat never imagined by Zia or Ershad. There was no magic what Sheikh Hasina achieved as a Prime Minister or Party President. It was her dedication, farsightedness, commitment to build a better Bangladesh that her father dreamt that made all these possible. She is humble, full of humility, honest, selfless and honours human dignity.   Today Sheikh Hasina is not only the Prime Minister of Bangladesh but also an internationally acclaimed statesman, a role model for the leaders of other developing countries.

The rise of Sheikh Hasina from the daughter of the Father of Nation Bangabandhu Sheikh Mujibur Rahman and a house wife is not like a fairy tale. It is a tale of determination, commitment and love for the country her father struggled his entire life to create. These days she frequently says she is going to retire from politics after her current tenure and go and settle in Tungipara where her father eternally rests. That may be her desire but Bangladesh is yet to find a suitable replacement of Sheikh Hasina. May she live longer than many and lead the country to become a member of developed nations’ club in 2041.