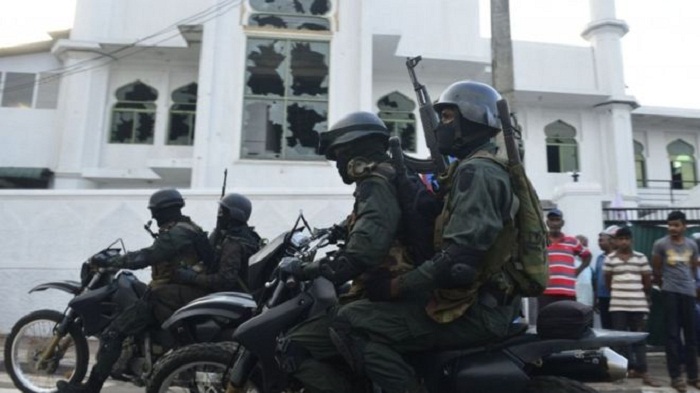 Sri Lankan authorities said they have arrested 60 people linked to the communal riots as a nationwide curfew was lifted on Wednesday, which witnessed Sinhalese mob attacks on Muslim-owned shops and businesses in the aftermath of the deadly Easter blasts.

The government imposed the island-wide curfew on Monday after the violence against the Muslim community, who account for 10 per cent of the country's population.

The curfew was briefly lifted on Tuesday before being reimposed for a second straight night following reports of fresh violence in some parts of the country.

"The curfew imposed in the North-western Province and Gampaha Police division was removed at 6 am Wednesday while the curfew in the other areas of the island ended at 4 am," Police said.

The situation in the province is returning to normalcy, authorities said. There were no incidents of violence overnight and groups of people responsible for taking part in mob attacks have been arrested, they said.

"Thirty-three suspects arrested in connection with the anti-Muslim riots have been remanded and over 60 people have been arrested. The suspects can be sentenced to 10 years in prison under the International Covenant on Civil and Political Rights (ICCPR), police spokesman Ruwan Gunasekara said.

The police media spokesman said the illegal activities committed by the persons engaged in violence will be noted in their police certificates.

The academic activities of all schools and all the state institutions in the province were resumed on Wednesday, the Wayamba Province Governor Peshala Jayaratne said.

The recent violence is a fresh backlash from the Easter attacks. Muslims said that rioters went about destroying their properties and setting fire to them even after curfew hours.

They accused the security forces and the police for becoming silent watchers to the rioting. Muslim political parties said at least one person was killed in the riots. The attacks come during the Muslim holy fasting month of Ramazan.

The government also reimposed a ban on social media following the violent clashes. The government which blocked Facebook and WhatsApp on Tuesday extended the blockade to Twitter.

The social media blockade is meant to prevent the spread of rumours and hate comments, the Telecommunications Regulatory Authority said.

Sri Lanka has a population of 21 million which is a patchwork of ethnicities and religions, dominated by the Sinhalese Buddhist majority.

Muslims account for 10 per cent of the population and are the second-largest minority after Hindus. Around seven per cent of Sri Lankans are Christians.