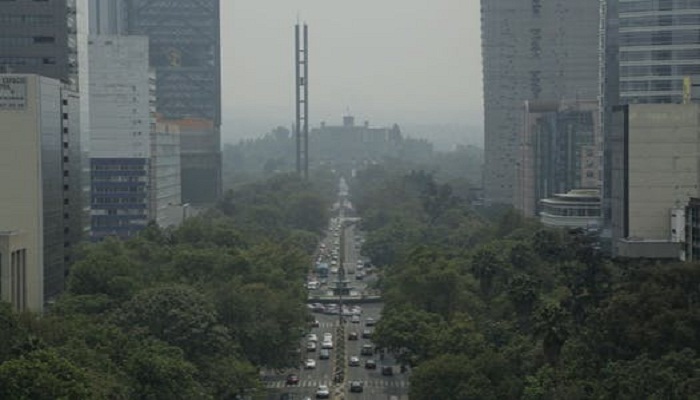 Mexico City declared a pollution emergency Tuesday because of smoke from brushfires that has cast a pall over the city of 9 million people.

The extremely small particles that are choking the city reached over 1½ times acceptable limits.

The emergency led to the postponement of a semifinal match in the Mexican soccer league and a regular season baseball game in the capital.

Initially, the emergency declaration was not accompanied by the usual driving restrictions because this time the pollution isn't coming from cars, which contribute to high ozone levels. But later in the day, the city applied the driving limits based on license plate numbers.

Tuesday afternoon, the soccer league announced that it was postponing to Thursday the match between America and Leon that was to have been played at the Azteca stadium Wednesday night.

America forward Oribe Peralta applauded the move. "It's good because it is a risk for the health of the athletes and the entire city," he said.

About 45 brush and grass fires were reported in the city and its suburbs over the weekend, while dozens of fires are burning in surrounding states.