Taskin under consideration for WC team 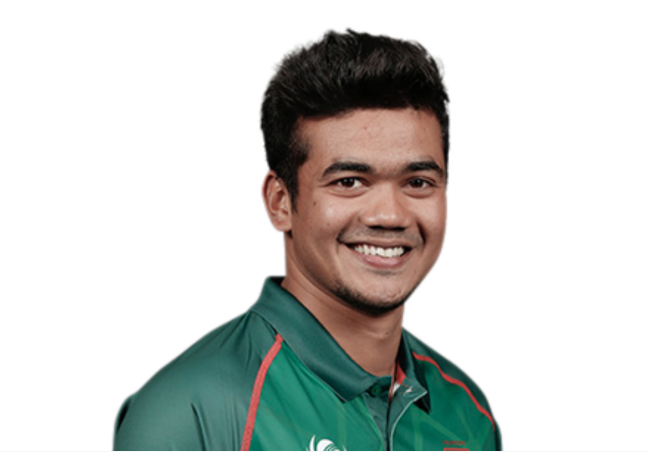 Right-arm pacer Taskin Ahmed is at the centre of contention now to be selected for the Bangladesh World Cup squad, Bangladesh Cricket Board (BCB) president Nazmul Hassan said on Saturday.

Earlier, Taskin was overlooked when the BCB announced the team for the World Cup.

The pacer had been suffering from an ankle injury which he sustained during the last match of Sylhet Sixers in the last season of Bangladesh Premier League (BPL) at Mirpur Sher-e-Bangla National Cricket Stadium. But now, he has recovered from injury, and currently, he is a part of Bangladesh team in Ireland tri-nation series.

“There was talk to include Taskin in the World Cup team before. But we didn’t take any final decision regarding it,” Nazmul Hassan said at a press briefing at Gulshan.

“The basic thing is that we have four pacers in the World Cup squad now- Mashrafe (Bin Mortaza), Rubel (Hossain), Mustafizur (Rahman) and Abu Jayed (Rahi). All of them are the same sort of bowler. Rubel is the only one who can bowl with a bit more pace. I think Rahi is not much superior among them. We can find a variation in just Taskin (Ahmed) because of his height and pace. The team management is thinking the pace will be more important on the soil of England and Wales,” he said.

“However, including Taskin in the World Cup squad does not mean that he will also be incorporated in the playing XI. We have Mashrafe, Mustafiz and Saifuddin as the first-choice pacers. Rubel is the other pacer who was sidelined in the first match (in the tri-nation series against West Indies). Taskin was overlooked while announcing the team for the World Cup because he was injured. You may say he is fit now. But he is not fit yet to me. He started bowling but is yet to get the rhythm. Anyway, there’s no proposal to include Taskin yet. If he can prove his fitness, we may include him. We have the time till May 22,” the BCB president added.

Abu Jayed’s inclusion in the World Cup squad came as a surprise when the team was announced on April 16. BCB chief selector Minhazul Abedin told the media that Abu Jayed was included for his ability to swing the ball from both ends of the wicket.

Nazmul Hassan further said: “We didn’t see how Abu Jayed does in limited-overs cricket. I think it’s too early to say that Taskin is in the World Cup. If anyone gets injured, we may consider him. But till then we have to wait and see. If we win the next match (in the tri-nation), we may take some risks in the last match before the final (to see the current condition of Taskin).”