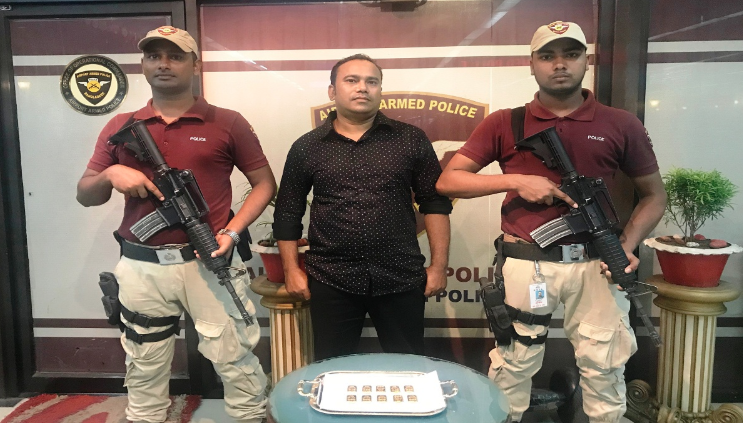 Airport Armed Police (AAP) arrested a man from the Hazrat Shahjalal International Airport and recovered 10 gold bars hidden in his rectum on Friday.

The seized gold weighed around 1.1 kg.

The arrestee was identified as Erfanul Islam, 42, a passenger of a domestic flight of Biman Bangladesh Airlines. He is resident of Chattogram’s Satkania upazila.

AAP members, acting on a tip-off, arrested Erfanul from the parking area when he was boarding a taxi around 3pm, said Alamgir Hossain, additional superintendent of AAP.

During interrogation, he confessed that he was carrying gold bars in his rectum.

A case has been filed with Airport Police Station.