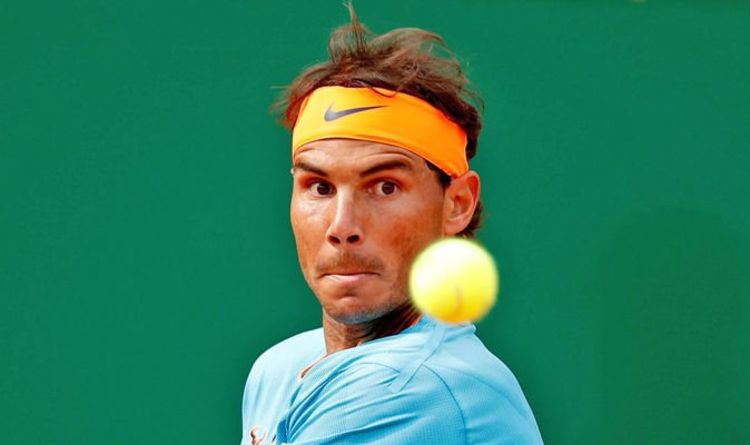 Rafael Nadal looked closer to his clay-court best again as he beat David Ferrer 6-3, 6-3 on Thursday to reach the quarterfinals of the Barcelona Open.

The 11-time Barcelona champion saved four of five break points and broke four times in what could have been his last meeting with Ferrer, who is retiring after the Madrid Open next month. It was a sign of improvement for Nadal, who lost in the semifinals in Monte Carlo last week and then needed three sets to get past Leonard Mayer in his opening match in Barcelona.

"This match was important for me," Nadal said. "Yesterday I had a tough match. I took a step forward and was able to play with more energy."

The top-seeded Nadal will next face 51st-ranked Jan-Lennard Struff of Germany, who upset fifth-seeded Stefanos Tsitsipas 6-4, 3-6, 6-2. The 20-year-old Tsitsipas, No. 8 in the world, lost last year's final in Barcelona to Nadal.

Nadal was up 5-3 in the first set before play was stopped for a rain delay. He continued to dictate the match when play resumed, serving out the set and breaking Ferrer's next service game.

Ferrer saved three match points before finally sending a forehand into the net to give Nadal the win.

The 37-year-old Ferrer was making his last appearance at the Barcelona Open and could not hold back the tears when he received an ovation from the audience. He placed his pink headband on the court as a mark that he had played his last match here.

"I am happy to be able to finish this tournament on the center court, playing against Nadal. I gave it my all," Ferrer said.

Grigor Dimitrov was beaten 2-6, 6-4, 7-6 (2) by Nicolas Jarry, who had upset second-seeded Alexander Zverev in the second round. The Chilean will meet Daniil Medvedev, who beat American Mackenzie McDonald 6-3, 6-2.