Intelligence agencies on alert to prevent any terror attack: PM 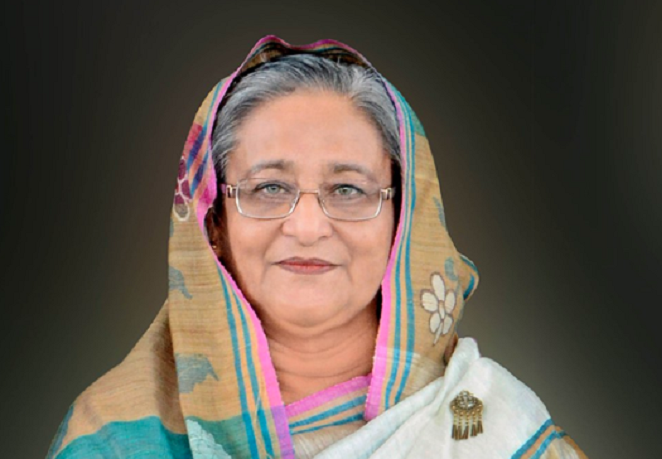 Prime Minister Sheikh Hasina on Thursday said attempts are being made to carry out terror attacks in Bangladesh, but the intelligence and law enforcement agencies are on alert.

“Many efforts are being made to conduct attacks also in Bangladesh. But our intelligence and law enforcement agencies are taking adequate pre-cautionary measures,” she said noting that Zayan Chowdhury, 8, a grandson of Sheikh Fazlul Karim Selim, lost life in a terror attack in Sri Lanka.

The Prime Minister said this while addressing the inaugural function of a non-stop intercity train service, the Bonolota Express, on Dhaka-Rajshahi route through videoconferencing from her official residence Ganobhaban in the capital.

The Prime Minister renewed her call to  people to stay alert alongside the intelligence and law enforcement agencies against militant attacks.

“Not only the intelligence agencies, but also the country’s people will have to remain alert and immediately inform the law enforcement agencies finding out those who are involved in terror and militant activities. Because, we want peace in the country,” she said.

The Prime Minister   also urged imams (Muslim clerics) of mosques across the country to deliver sermons against terrorism and militancy before Jum'a prayers on Friday.

“I want you all to definitely speak up against militancy and terrorism, and highlight Islam as a religion of peace before people properly in the next Jum'aKhutba in every mosque throughout the country,” she said.

Sheikh Hasina also called upon the people of the country, particularly guardians, teachers, public representatives, imams  of mosques, clerics of different religions, to stand collectively against any suspicious militant activity in their respective localities.

Noting that Islam is fully a religion of humanity and peace, she said those who conduct militant and terror acts in the name of Islam, they are earning bad name for the holy religion across the world.

“So, those who are involved in such activities will have to remain away from these,” she said.

The Prime Minister urged the Imams of the country’s mosques to pray for Bangladeshis including Zayan Chowdhury and other people who were killed in recent terror attacks in Sri Lanka and New Zealand, after Juma prayers on Friday next.

“We lost eight years old Zayan Chowdhury. We don’t want to lose any more child in such attacks,” she said.

The Prime Minister criticised the BNP-Jamaat government for patronising terrorism and militancy in the country.

Rajshahi was the stronghold of Bangla vai (militant leader) and militants during the BNP-Jamaal government as it patronized them.

“The BNP-Jamaat government turned Bangladesh into a country of terrorism and militancy. We still see its impact,” said Hasina.