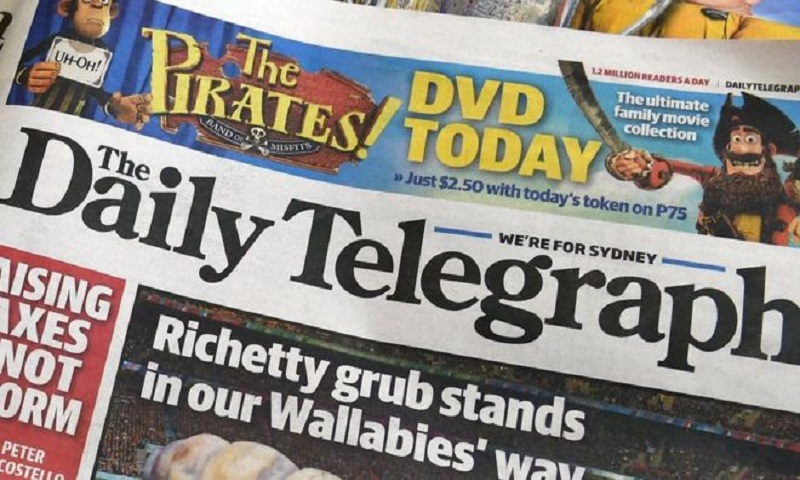 One of Australia's most popular tabloids has blamed a printing error after pages from a rival newspaper appeared in its Thursday edition.

The pages include a letter calling for action to tackle climate change.

The Telegraph has apologised for the mistake and said it happened during the production process.

"Both papers share the same printing facility in Sydney's west," it said in a statement posted to Twitter. "We apologise for any confusion this has caused."

The mistake was spotted by a number of readers who were quick to see the funny side.

"No need to apologise," wrote Sydney Morning Herald journalist Kate McClymont. "Having some [Herald] pages is a reader bonus."

Fairfax and News Corp, the companies that own the newspapers, agreed to share printing facilities in 2018.

"The printing arrangements make the production of newspapers more efficient for both publishers," Greg Hywood, the former head of Fairfax, said at the time.