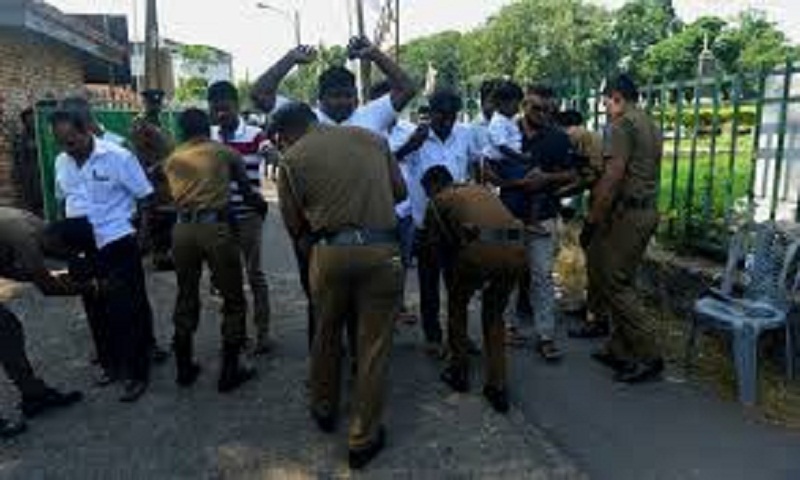 The government has acknowledged “major” lapses over its failure to prevent the horrific attacks despite receiving specific intelligence warnings.

Recriminations have flown since suicide bombers blew themselves up in luxury hotels and churches packed with Easter worshippers on Sunday.

The president has asked the police chief and top defence ministry bureaucrat to step down, though neither has done so yet.

Police have so far arrested 75 people but tensions remain high with several suspects unaccounted for.

Brigadier Sumith Atapattu said the army had increased its deployment by 1,300 to 6,300 overnight, with the navy and airforce also deploying 2,000 more personnel.

The Kingsbury hotel in the capital was the last one hit. A fourth planned attack on a hotel failed, authorities said. The would-be attacker was followed back to a Colombo lodge, where he blew himself up, killing two people.

Sources close to the investigation said two more people -- a man and a woman -- blew themselves up at another location as security forces launched a raid. Those blasts killed three police.

Dozens of foreigners were among the victims in the blasts, including three children of a Danish billionaire, eight Britons, 10 Indians and four Americans.

The United Nations said at least 45 children, Sri Lankans and foreigners, were among the dead.