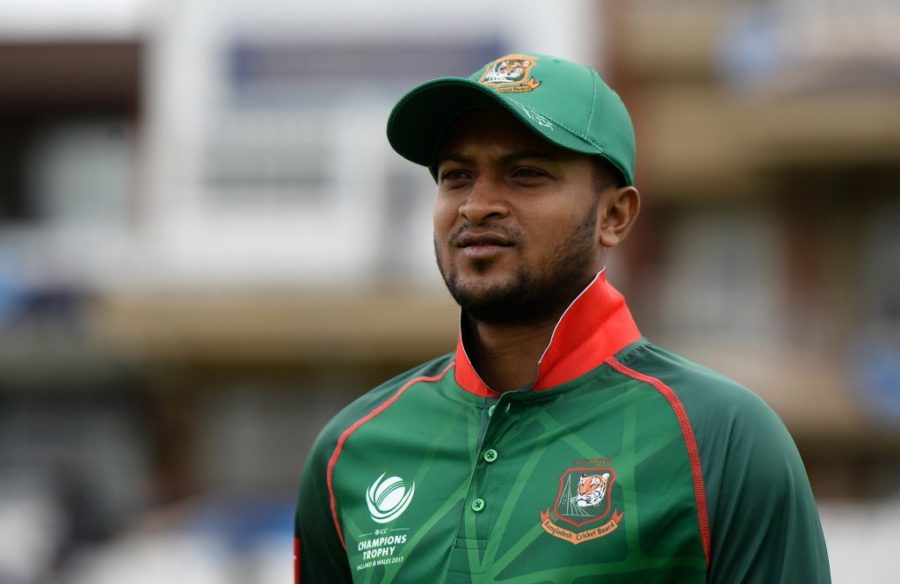 Bangladesh ace all-rounder Shakib Al Hasan needs just a couple of games to get back his full rhythm as he is used to regain the form by playing competitive cricket, said his childhood mentor Salahuddin.

According to the popular local coach who has been nursing Shakib since his BKSP life, the all-rounder naturally gets such a steely resolve that he somehow overcomes every adversities coming to his way. ”Normally he doesn’t get bogged down easily but still I feel he will need a couple of matches to get back into full rhythm,” Salahuddin said.

Shakib played just two games for his IPL franchise Sunrisers Hyderabad and did nothing worthy to live up to his reputation as an ace all-rounder.

He conceded 42 runs in 3.4 overs to take one wicket against Kolkata Knight Riders and subsequently was dropped from the team as the Sunrisers Hyderabad couldn’t accommodate him in the place due to the team combination. He returned to the squad in the team’s last match against Chennai Super Kings and though bowled comparatively well by giving away 27 runs in four overs, he went wicket-less, causing a widespread concern of his form. In those both matches, he however didn’t get the chance to bat.

During when he was spending time out of the squad, Shakib called up his mentor Salahuddin to work extensively with him in India. The premier all-rounder urged Salahuddin to work on both his skills and mental aspect during his off time during the IPL.

Salahuddin returned home recently after working extensively with Shakib where they focused on different areas of his game.

”He is doing fine,” Salahuddin said. ”Basically he is out of cricket for a long time considering all his injuries. He had a chance to do extra practice as he was not playing matches and he grabbed the chance with both hands.”

According to Salahuddin they had worked extensively on their batting though the main emphasis was just to make sure he is doing the routine work in the correct manner.

”There was nothing extra that we tried to emphasis rather we focused on doing the routine work and see that everything is in order or not. If we found out that we need to change some small things we just tried to do it,” Salahuddin remarked.

”Because if you are away from cricket for a while some changes might creep in your technique and that is one area we worked upon to make sure everything is in place as it was,” he said.

”We did a lot of batting because the wicket was very good and the ball was coming to the bat on same bounce with getting low or things like that. In such cases you can always develop your squarer- the- wicket strokes,” he added.

Shakib was called up to join the national team’s World Cup preparatory camp that started on April 22, since he wasn’t getting a regular shot in the playing eleven of Sunrisers Hyderabad in the IPL.

However, with foreign player slots opening up in the SRH unit, Shakib has instead opted to stay in India and sought the board’s permission for the same.