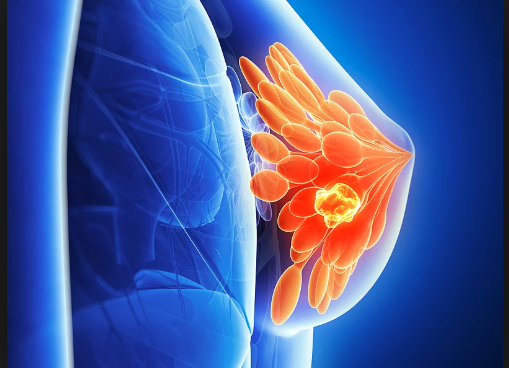 Breast cancer is the most common cancer among women, after skin cancer. One in eight women in the world (roughly 12%) will develop breast cancer. It is also the second leading cause of cancer death in women after lung cancer. Encouragingly, the death rate from breast cancer has declined a bit in recent years, perhaps due to greater awareness and screening for this type of cancer, as well as better treatments.

Breast cancer is a disease that occurs when cells in breast tissue change (or mutate) and keep reproducing. These abnormal cells usually cluster together to form a tumor. A tumor is cancerous (or malignant) when these abnormal cells invade other parts of the breast or when they spread (or metastasize) to other areas of the body through the bloodstream or lymphatic system, a network of vessels and nodes in the body that plays a role in fighting infection.

Breast cancer usually starts in the milk-producing glands of the breast (called lobules) or the tube-shaped ducts that carry milk from the lobules to the nipple. Less often, cancer begins in the fatty and fibrous connective tissue of the breast.

Breast cancer is caused by a genetic mutation in the DNA of breast cancer cells. How or why this damage occurs isn’t entirely understood. Some mutations may develop randomly over time, while others are inherited or may be the result of environmental exposures or lifestyle factors.

Scientists are studying a slew of other factors to determine what role, if any, they may play in the development of breast cancer. There’s not enough evidence to say for sure whether smoking, dietary fat, or environmental exposure to certain chemicals, for example, ramp up the risk for breast cancer because study results to date are mixed.

Breast cancer symptoms vary from one person to the next. Knowing what your breasts normally look and feel like may help you recognize possible signs and symptoms.

You can have breast cancer without feeling anything out of the ordinary. But, if you find an area of thickening breast tissue, a lump in your breast (usually painless, but not always) or an enlarged underarm lymph node, see your physician.

You may notice a change in the shape or size of your breast. You could have an area of skin that dimples or a nipple that leaks fluid.

Often, there are no early warning signs of breast cancer. Even if you develop a lump, it may be too small to feel. That’s why breast cancer screening, typically using mammography, is so important. Early signs and symptoms of breast cancer that some women and men might experience include: