Sudan's army ruler vows to hand 'power to the people' 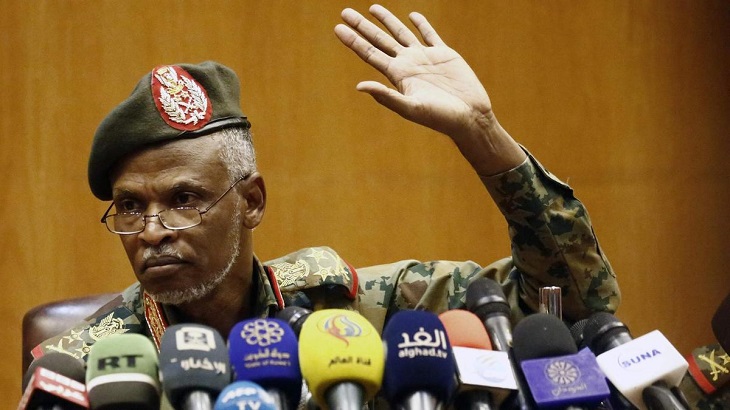 Sudan's military leader vowed Sunday the army was committed to handing power to the people, as a protesters' deadline for unveiling a rival civilian council loomed.

The northeast African nation is one of the world's most impoverished countries and faces an acute foreign currency shortage -- a key factor which helped trigger nationwide protests against longtime leader Omar al-Bashir.

Bashir was ousted on April 11 after three decades of iron-fisted rule, when the military deposed him bowing to weeks of mass protests which began in mid-December.

A military council has been put in place for a planned two-year transition period, but despite talks with protesters the two sides have struggled to agree on the shape and form of a civilian leadership.

"The council is committed to give power to (the) people," Burhan insisted, in his first interview on state television since taking power.

He also said that a delegation would travel to Washington soon to seek Sudan's removal from the US list of state sponsors of terrorism.

The Sudanese Professionals Association (SPA), at the forefront of the campaign, has defiantly said it will unveil its own civilian council later Sunday, and thousands have gathered outside the army headquarters in Khartoum ahead of the 1700 GMT announcement.

"We are waiting for the announcement today," Romaysaa Omar, one of the protesters at the sit-in area, told AFP.

"All Sudanese people are in favour of the council to be announced by the SPA."

Whistling and waving Sudanese flags, dozens of demonstrators were sitting on a bridge at the site, rhythmically banging stones against metal.

On Saturday, protest leaders and the military rulers held talks about a power handover and agreed to continue discussions.

"We clarified our main demand, which is the transfer of power to civilian authorities," Siddiq Yousef, a senior member of the Alliance for Freedom and Change, the umbrella group leading the protest movement, told state television after Saturday's talks.

"We agreed to continue negotiations to reach a solution that satisfies both the sides, so that the transfer of power will happen in a peaceful way."

Since Bashir was ousted by the army, the military rulers have resisted calls to transfer power to a civilian body.

"What we want from them is a timetable to hand over power, so things don't drag on," said Ahmed al-Rabia, a leader of the umbrella group of unions for doctors, engineers and teachers.

He said mounting pressure from the street and from the international community was expected to make the military council cede power in "two to three weeks".

"We are done with the easy part. We want to remove the entire regime," said Rabia.

On Sunday, the Alliance for Freedom and Change said it will continue with the sit-in "until all our demands are met".

Protest leaders say the civilian council would form a transitional government to rule Sudan for a four-year term, followed by elections.

"All we hope for is to be ruled by civilians and get rid of the military rule," said protester Ehsan Abdallah.

On Sunday Riyadh and Abu Dhabi pledged to inject $500 million into the Sudanese central bank and $2.5 billion to help provide food, medicine and petroleum products, the official Saudi Press Agency said without specifying if the money is a gift or a loan.

The Sudanese pound surged on the black market on Sunday, trading at 45 to the dollar against 72 last week.

The military council has made some concessions to the protesters by agreeing to demands such as detaining Bashir and releasing many political prisoners and demonstrators.

Prominent Sudanese journalist Khalid Tijani said the protest leaders were in a "tough situation" over finalising the civilian council.

"If they are not ready with the names, it will send a negative signal, and this will not be to the benefit of the revolution," said Tijani, editor of economic weekly Elaff.