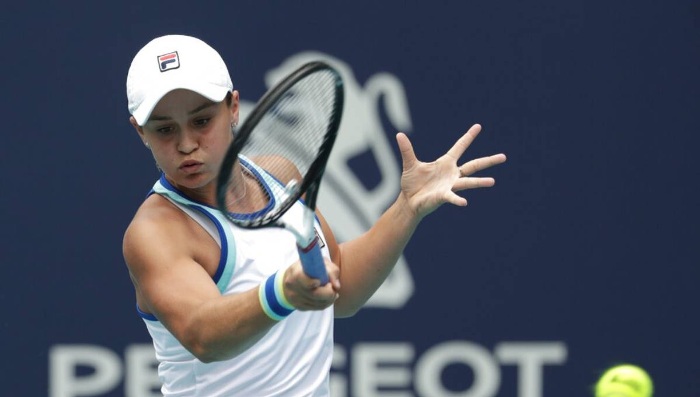 Australia advanced to the Fed Cup final for the first time in more than a quarter centuryafter Ashleigh Barty and Samantha Stosur beat Aryna Sabalenka and Victoria Azarenka of Belarus 7-5, 3-6 6-2 in a decisive doubles match Sunday.

Australia will play in the final for the first time since 1993.

France is hosting Romania on clay at Rouen in the other semifinal this weekend, with the teams level at 1-1 after the first day.

Australia will host the Nov. 9-10 final.

Earlier Sunday, Azarenka beat Stosur in the second reverse singles 6-1, 6-1 in 59 minutes to even the match at 2-2 on a hard court at Pat Rafter Arena.

In the second set, Azarenka went ahead 3-1 when Stosur double-faulted to set up break point.

Azarenka's win was met with loud cheers from the small but noisy group of Belarusian fans waving their country's red and green flag.

Barty is 20-3 in singles in 2019 and won the two-week Miami tournament. She made it to the quarterfinals at the Australian Open and also won all three matches she played — two singles and doubles — in helping Australia beat the United States 3-2 in the previous round of the Fed Cup.

It was the first Fed Cup meeting between the countries.