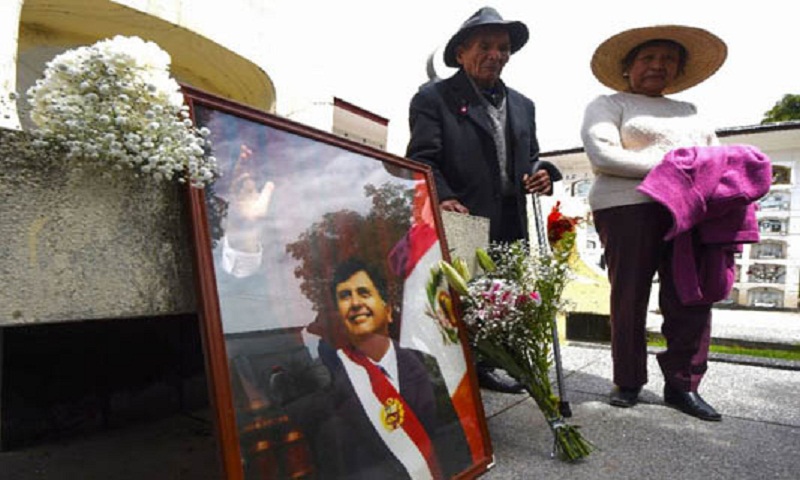 A suicide note in which Peru’s Alan Garcia denied corruption charges against him set the backdrop Friday for the ex-president’s funeral, two days after he put a gun to his head and pulled the trigger as police arrived to arrest him on bribery charges linked to the Odebrecht graft scandal.

The sweeping affair, which has tainted politicians across Latin America, swept up another Peruvian ex-president when a judge ordered 80 year-old Pedro Pablo Kuczynski jailed for up to three years on Odebrecht-related money laundering charges.

“I’ve seen others paraded in handcuffs and living a miserable existence, but Alan Garcia will not suffer such an injustice or circus,” the late ex-president, 69, wrote in a note to his six children. It was read out at his funeral by his sobbing daughter Luciana.