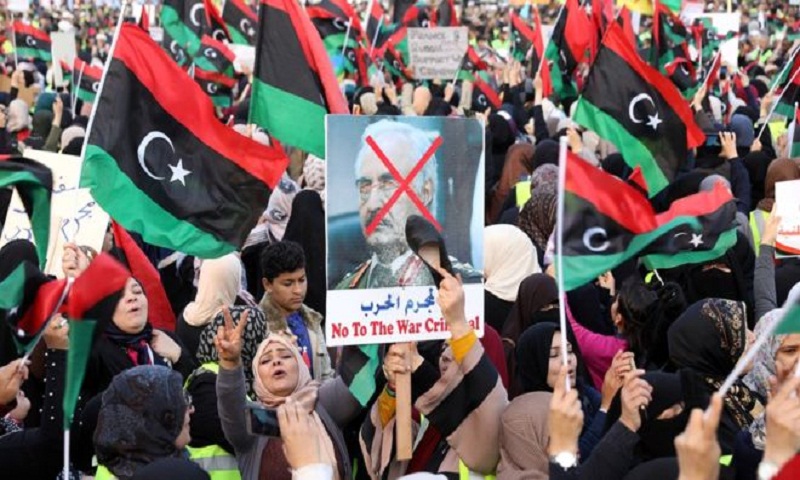 Tripoli is the seat of Libya's UN-backed and internationally recognised government.

Mr Trump's call suggests he endorses Gen Haftar, unlike some of his allies.

More than 200 people have been killed since the fighting began three weeks ago.

On Thursday the UN-backed Prime Minister Fayez al-Serraj condemned the "silence" of his international allies amid the assault by Gen Haftar's forces.

The latest crisis started three weeks ago, when Gen Haftar's eastern forces descended on the capital in what Mr Serraj has described as an attempted coup.

Gen Haftar's troops are advancing from various directions on the outskirts of the city and say they have seized Tripoli's international airport.