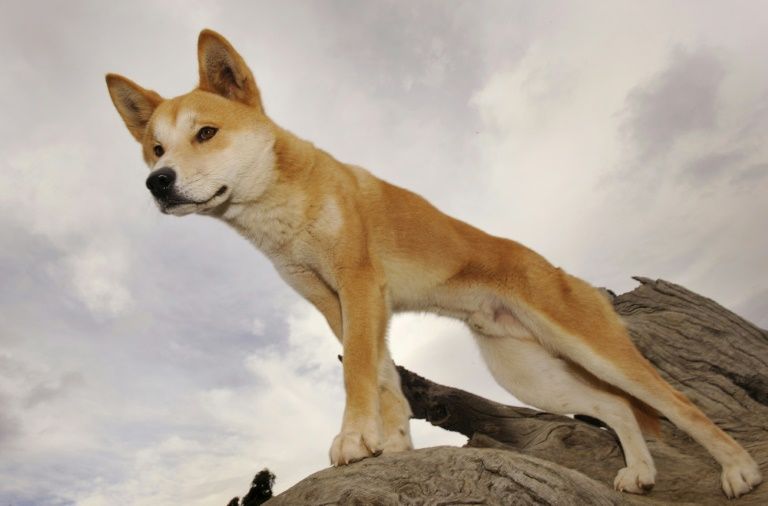 A father rescued his son from a dingo's jaws after the infant was dragged from a campervan at an Australian tourist island, authorities said Friday, in the third such attack this year.

Paramedics said the family was on a remote part of Fraser Island off the Queensland coast late Thursday when the parents heard their child crying.

"The parents awoke with the toddler crying and heard the crying getting further away from the campervan," Fraser Island paramedic Ben Du-Toit said.

"The dad got out of the campervan to investigate and found the dingo dragging the toddler away from the campervan. He also spotted several other dingoes in the... immediate vicinity.

"He immediately ran up and grabbed his son and chased some of the dingoes off."

The boy, reported 14 months old, was treated for two deep cuts to the top of his neck near the back of his head, and for minor cuts to his scalp, Du-Toit said.

He was taken by helicopter to a nearby hospital for further treatment.

The attack is the third this year on World Heritage-listed Fraser Island, the world's largest sand island and a popular tourist destination.

Two dingoes were put down in March after a French mother and son were mauled on the island.

In January, a six-year-old boy was mauled by the native animal after as he ran up a dune on the island.

Authorities have warned visitors in the past that dingoes are wild animals and need to be treated with caution.

Native to Australia, dingoes came under the spotlight with the disappearance of baby Azaria Chamberlain at Uluru, or Ayers Rock, in 1980 for which her mother Lindy was convicted of murder and her father, Michael, of being an accessory.

The convictions were overturned in 1988 after the chance find of a piece of Azaria's clothing near a dingo lair.

A court ruling in 2012 found that a dingo snatched their baby from a tent.