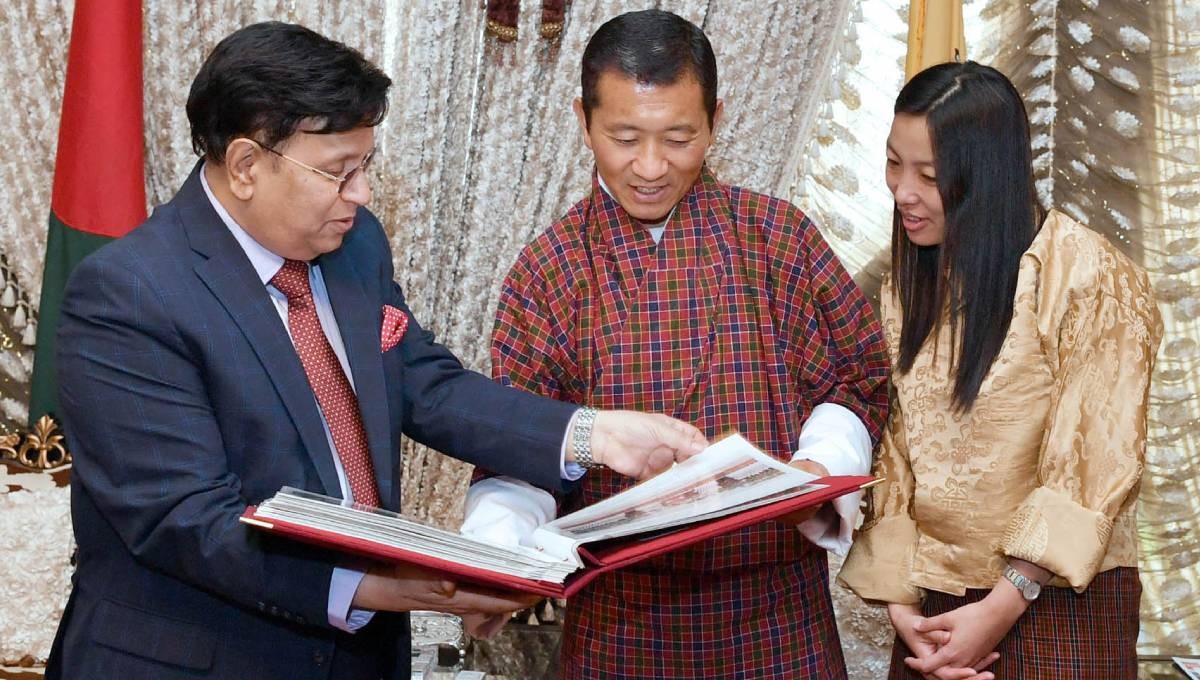 Bangladesh and Bhutan think the proposed trilateral cooperation with India in hydroelectric power can further “strengthen regional cooperation, encourage the use of renewable energy and mitigate climate change challenges”.

They noted that a trilateral meeting of the power secretaries could be held in this regard, according to a joint statement issued on Sunday night on the Bhutanese Prime Minister’s four-day state visit to Bangladesh.

The visit witnessed the signing of a number of bilateral documents, including SOP (Standard Operating Procedure) for the operationalisation of the MoU on Use of Inland Waterways for Transportation of Bilateral Trade and Transit Cargoes between Bangladesh and the government of Bhutan.

The Bhutanese Prime Minister wrapped up his four-day state visit to Bangladesh on Monday that expected to further “strengthen the bonds of friendship” between the two countries.

Foreign Secretary M Shahidul Haque was, among others, present.

The two Prime Ministers noted the expanding bilateral trade and acknowledged its importance in further cementing the friendship between the two countries.

The two Prime Ministers noted that the agreement on the movement of goods in transit between Bangladesh and Bhutan will be finalised soon by the next Commerce Secretary-level meeting.

They welcomed the signing of the SOP for the operationalisation of the MoU on the use of inland waterways for the transportation of bilateral trade and transit cargoes between Bangladesh and Bhutan.

The Prime Minister of Bhutan recalled Bangladesh’s offer of internet bandwidth and satellite services, and welcomed the offer.

Dr Tshering paid the visit from April 12-15 April, coinciding with the festive period of the Bangla New Year Pahela Baishakh, at the invitation of Prime Minister Sheikh Hasina.

The Prime Minister of Bhutan and the delegation joined the people of Bangladesh in the celebration of Pohela Boishakh, the Bangla New Year, on April 14.

Dr Tshering visited the Mymensingh Medical College, the Bangladesh College of Physicians and Surgeons, and the Bimstec Secretariat.

The Prime Minister of Bhutan extended an invitation to Sheikh Hasina to visit Bhutan at a convenient time.

He was accompanied by his spouse Dr Ugyen Dema, the Foreign Minister, the Health Minister, other senior government officials of Bhutan, and a business delegation.