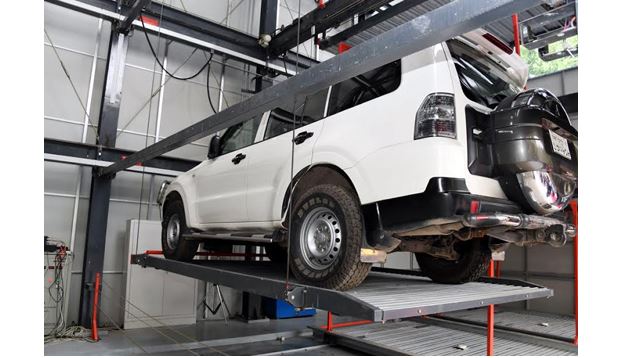 A digital multi-level car parking system has been inaugurated in the Central Command and Control Centre (CCCC) building of Dhaka Metropolitan Police (DMP) in the city.

Other senior police officials were present at the inaugural ceremony.

Inaugurating the facility, the IGP said, “Car parking is a big problem for us due to shortage of space. It is a time-befitting system. Many countries have such kind of car parking system”.

A total of 34 cars can be parked at this parking facility, where normally only six cars was accommodated, he added.

“This is an experimental project. After analyzing the pros and cons of the system more such facilities will be built in the future on the basis of opinions,” the IGP said.