One of the family members of Sohel to get a job: Home Minister 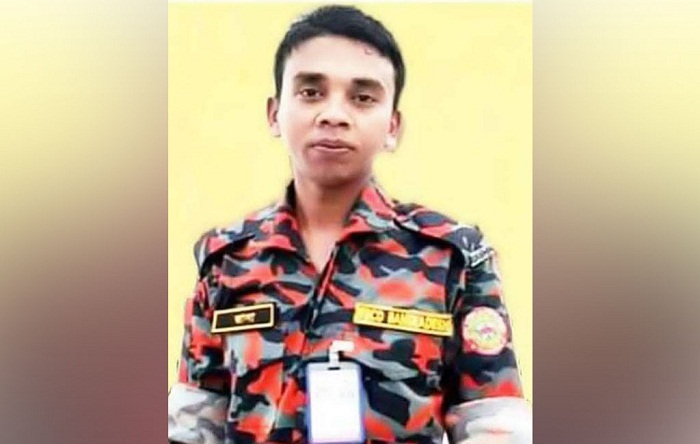 Home Minister Asaduzzaman Khan Kamal has said the government will give a job to a family member of Banani FR Tower firefighter Sohel Rana, who succumbed to his injuries at a Singapore hospital early Monday.

The home minister came up with the assurance while attending the first namaz-e-janaza of Sohel, held at the fire service headquarters in the capital around 11:30am on Tuesdday morning.

“Proper treatment was given to Sohel after he sustained injuries,” he pointed out.

Many government officials were present at the namaz-e-janaza along with fire service and civil defence officials.

Meanwhile, Sohel's younger brother Uzzal Mia sought the help of the prime minister as the family has lost its only bread earning member.

The family of Sohel is proud as he (Sohel) sacrificed his life for the betterment of people of the country, added Uzzal, brother of Sohel.