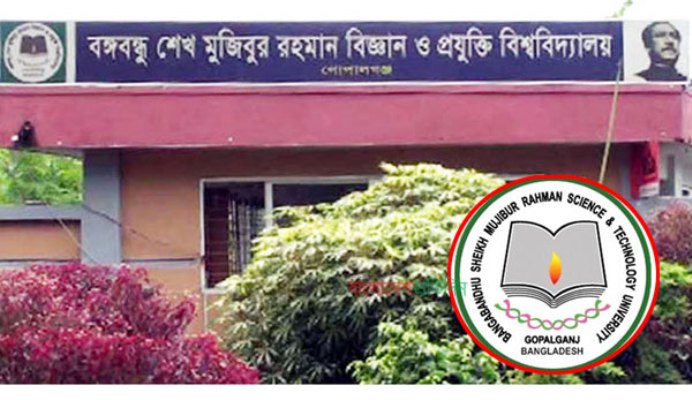 Students of Bangabandhu Sheikh Mujibur Rahman Science & Technology University (BSMRSTU) on Sunday burst in to a protest after two female students alleged that a teacher had harassed them sexually.

Agitating students brought out a protest rally on BSMRSTU campus on Sunday morning and demanded for punishment of the accused teacher—Eng Md Akkas Ali, head of department of Computer Science and Engineering of BSMRSTU.

Two female students of the department brought allegation of sexual harassment against Eng Md Akkas Ali, saying the teacher abused them sexually in the month of December. An audio tape regarding this issue was also been leaked in the social media.

They vowed to continue their protest until the demand is fulfilled.

However, the authorities of BSMRSTU has already formed a probe body to look in to the matter.

Abdul Kuddus Mia, law faculty dean of BSMRSTU, said, “Probe body has already been formed to investigate the fact. We will take legal action as per the findings of the probe report.”