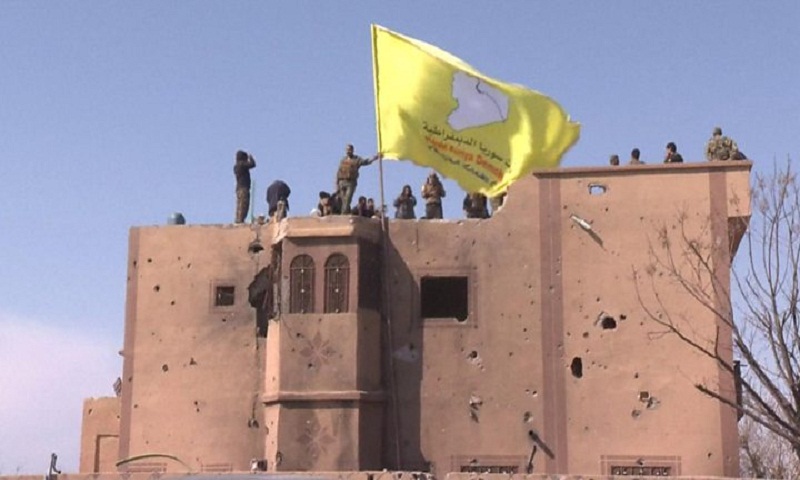 US President Donald Trump welcomed the fall of the Islamic State group's five-year "caliphate", but warned that the terror group remained a threat.

He said the US would "remain vigilant until [IS] is finally defeated".

Despite losing territory in Syria and Iraq, IS remains active in countries from Nigeria to the Philippines.

After five years of fierce battle, though, local forces backed by world powers left IS with all but a few hundred square metres near Syria's border with Iraq.

On Saturday, the long-awaited announcement came from the SDF that it had seized that last IS territory. Western leaders hailed the announcement but emphasised that IS was still a danger.