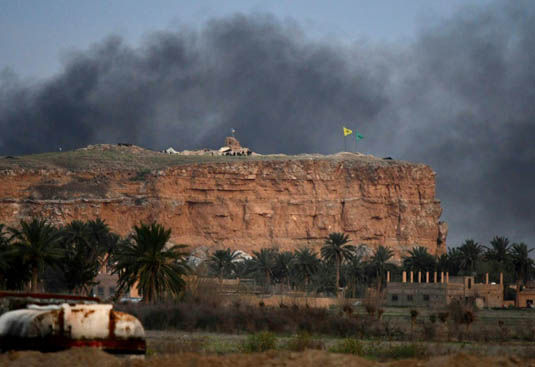 He said the SDF had taken full control of Baghouz, a small village on the Euphrates where diehard jihadists made a bloody last stand.

Fighters from the US-backed Kurdish-Arab alliance raised their yellow flag in Baghouz early Saturday to celebrate the landmark victory.

The fall of Baghuz is a major moment in the campaign against IS. The Iraqi government declared victory against the militants in 2017.

But the group is far from defeated. US officials believe IS may have 15,000 to 20,000 armed adherents active in the region, many of them in sleeper cells, and that it will return to its insurgent roots while attempting to rebuild.

Even as its defeat in Baghuz was imminent, IS released a defiant audio recording purportedly from its spokesman Abu Hassan al-Muhajir, asserting that the caliphate was not finished.