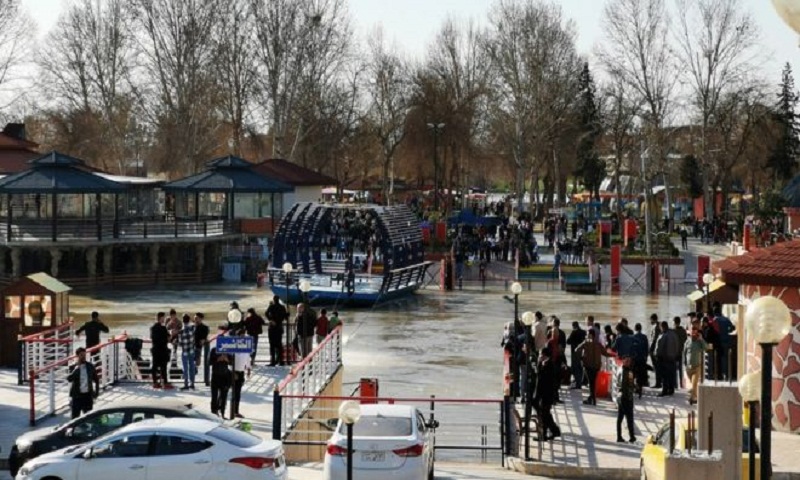 Almost 100 people are reported to have died after a ferry sank in the Tigris river in Iraq's city of Mosul.

Most of the victims were women and children, the interior ministry said. It is thought nearly 200 people were on board.

The ferry was heading towards a tourist island as part of new year celebrations.

Mosul's civil defence agency reportedly said most on board could not swim.

At least 19 children and 61 women were among the 94 people said to have died, and 55 people were rescued.

The vessel was on its way to Umm Rabaen island, a tourist area about 4km (2.5 miles) upstream and north of the city centre. People across the region are celebrating Nowruz, the new year festival.

Footage shows the ferry tilting sharply to the right and taking on water, before flipping over entirely and being dragged swiftly downstream by the fast-flowing river.